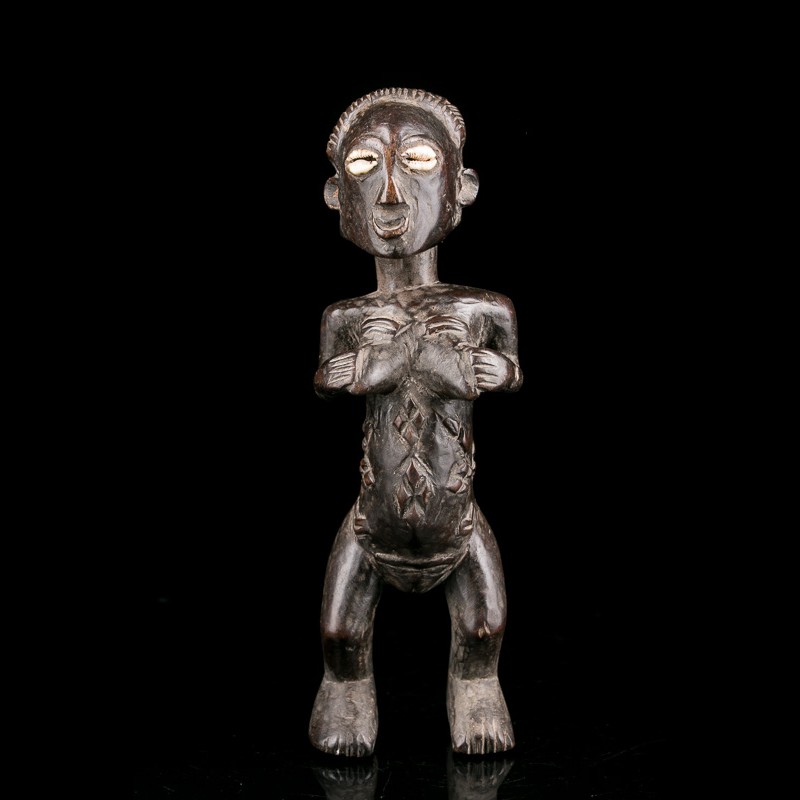 An unusual and beautifully carved Luba Samba figure of a female with a dark patina to the surface. The figure has a complex coiffure that falls to the back of the head in a series of horizontal crests. The face is defined by the eyes which are inlaid with cowrie shells, and the small, smiling mouth. The body is solidly carved and has a swollen stomach. The surface of the body is covered with a series of geometric patterns to represent scarification marks. The hands rest on the prominent breasts.

The Luba carve statues for a number of reasons, but most often for ancestor and spirit worship, initiation ceremonies and for divination. The most common theme for these statues is of a female as the Luba believe that the founder of their people was a female spirit known as Vilie. She provides fertility to not only the people, but also to livestock and plants. Women act as the guardians of religious values and hold such power in court that they are used as emissaries. The prolific use of scarification marks on this statue show that it represents a high ranking, and respected ancestor. 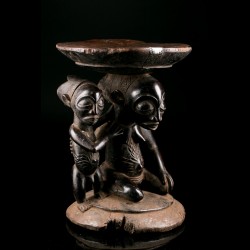 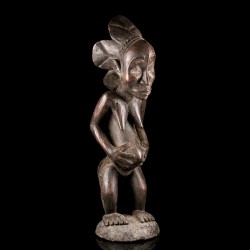