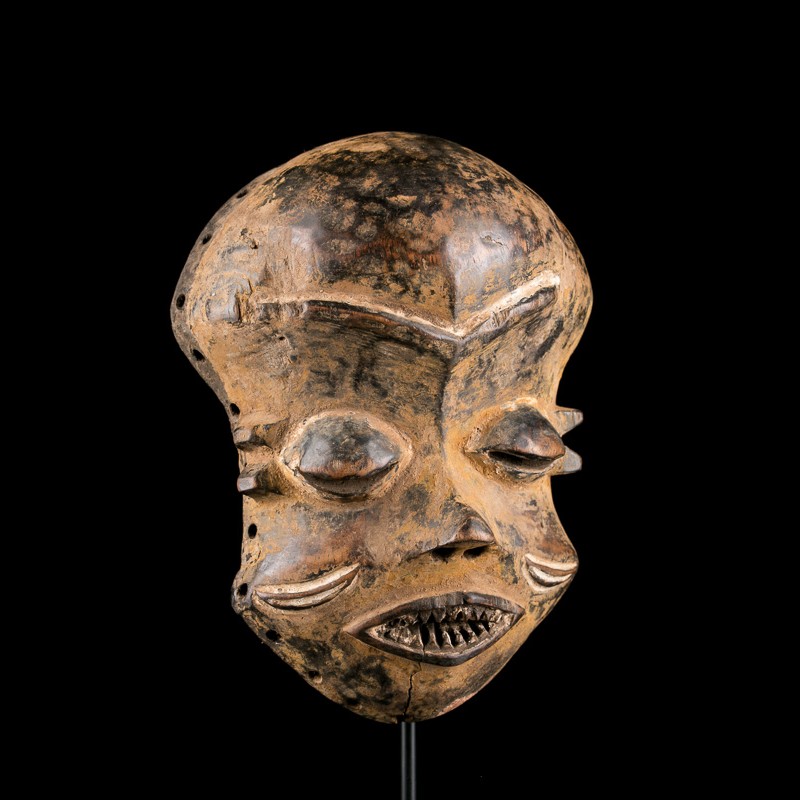 The influence of African art in the work of Pablo Picasso

A highly unusual and distinctive wooden mask of the Pende. The face has a large forehead with V-shaped eyebrows placed high up on the face. The eyes are placed at the midway point of the face and are half closed, with heavy lids and lugs to the side. The nose is small and snub shaped with scarification marks running from the nostrils over the rounded cheeks. The mouth is open and displays a row of teeth.

Like many African societies that use masks, each one will often have a specific function. In the case of the Mbuya masks of the Pende, these are associated with circumcision rituals for boys. The masks represent certain characeters from village life, such as a prostitute, elderly bachelor, angry farmer or weak ruler. The features of this mask represent that of a woman, possibly Gabuku Mbuya, who is known to be an alluring but vain young female. However, it is quite hard to tell which character is meant to be represented without seeing the full performance, as the costume and gestures of the character finalize the ensemble. 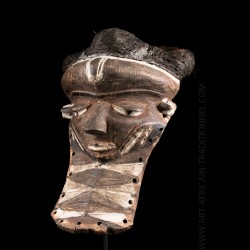 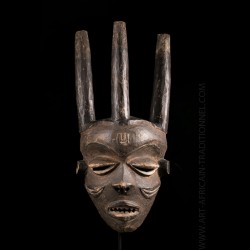 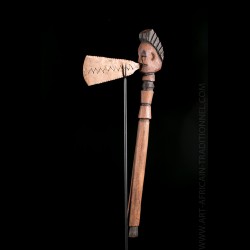 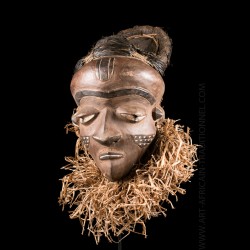 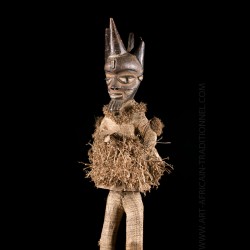