The Bobo are an African ethnic group settled in Burkina Faso as well as in Mali. Unlike their Bwa and Mossi neighbors who speak Voltaic languages, the Bobo speak a language of Mandé origin.

In their cosmogony, the creation myth speaks of blacksmiths and farmers, which is how the Bobos became farmers.

African Bobo masks are the support of tradition and their meaning was revealed to young boys during their initiation. The traditional masks of the Bobo are not easily identifiable among all the artistic production of the ethnic groups of Burkina Faso because of their similar style, borrowings and even flights from one ethnic group to another.

The Bobo nevertheless use a wide palette for three-dimensional compositions, unlike neighboring ethnic groups who sculpt two-dimensional masks with geometric patterns. 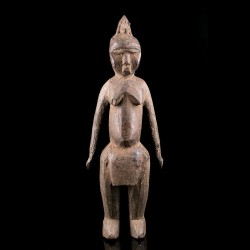 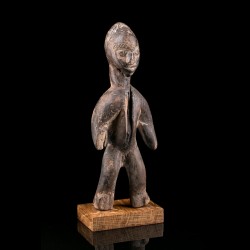