The Dogon are located in Mali, in the Niger loop. They succeeded the Tellem from the fifteenth century. They are found more specifically on a plateau bordered by the cliff Bandiagara, two hundred kilometers long and overlooking a plain. Their traditional body of work, very rich and complex, is related to the cult of ancestors and the world of spirits. Among the most famous objects of Dogon tribal art are the famous Dogon gates, the Toguna pillars, the traditional Kanaga masks, as well as the large Sirigé mask, as well as animal masks with generally raw and cubist forms. The statuary consists of more or less large figures often with thick patinas when the figurines are wooden. The African bronzes of the Dogon are also well known. 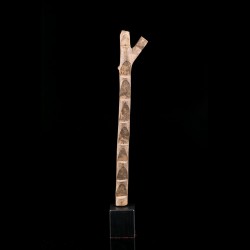 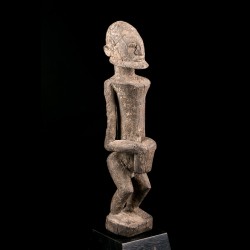 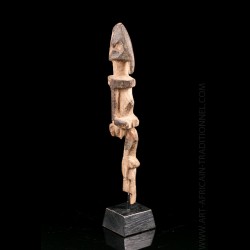