Lega people in the Democratic Republic of Congo

When most of us think of the Democratic Republic of Congo we possibly envision a country that has suffered years of instability brought on by war and political upheaval, grinding poverty and disease. Whilst this is true, the country possesses great beauty, both naturally and culturally, that is often overlooked by the media in favour of the perennial bad news stories that we are so often bombarded with more and more.

The landscape of the D. R. Congo is richly diverse in fauna and is covered in deep, lush rainforest, high rugged mountains and meandering rivers - all supporting a varied ecosystem. The grasslands provide grazing for both wild and domesticated animals, as well as the cultivation of crops. It was probably this rich landscape that attracted the Lega in the 17th century to migrate from their homeland in modern day Uganda. Being a fairly warlike people they were little challenged, and they soon established themselves on the West bank of the Lualaba river.

Bwami and the Lega african art

Like many traditional African people, the Lega practise a form of animism that is centred on the veneration of ancestors. Like many they have a form of initiation ceremonies for the progression of individuals through society. However, the Lega are unique in having a specialist society that is highly secretive and complicated, and strictly hierarchical - this is the Bwami. The Bwami society is open to both men and women and regulates the social and political life of the Lega through the power of the ancestors.

Lega art is exclusively related to the Bwami and involves a whole range of items to convey social, judicial, moral and philosophical principles. There are seven levels of initiation for men and four for women, starting at puberty and going through life at various key stages. Some of the items used in the initiation ceremonies seem quite mundane to us, such as the use of stools. But to the Lega, the stool represents the cohesion of the initiated members, with the glossy patina of the seat being a metaphor for the wisdom and poise of the initiate, and the roughness of the base being symbolic of the untutored. 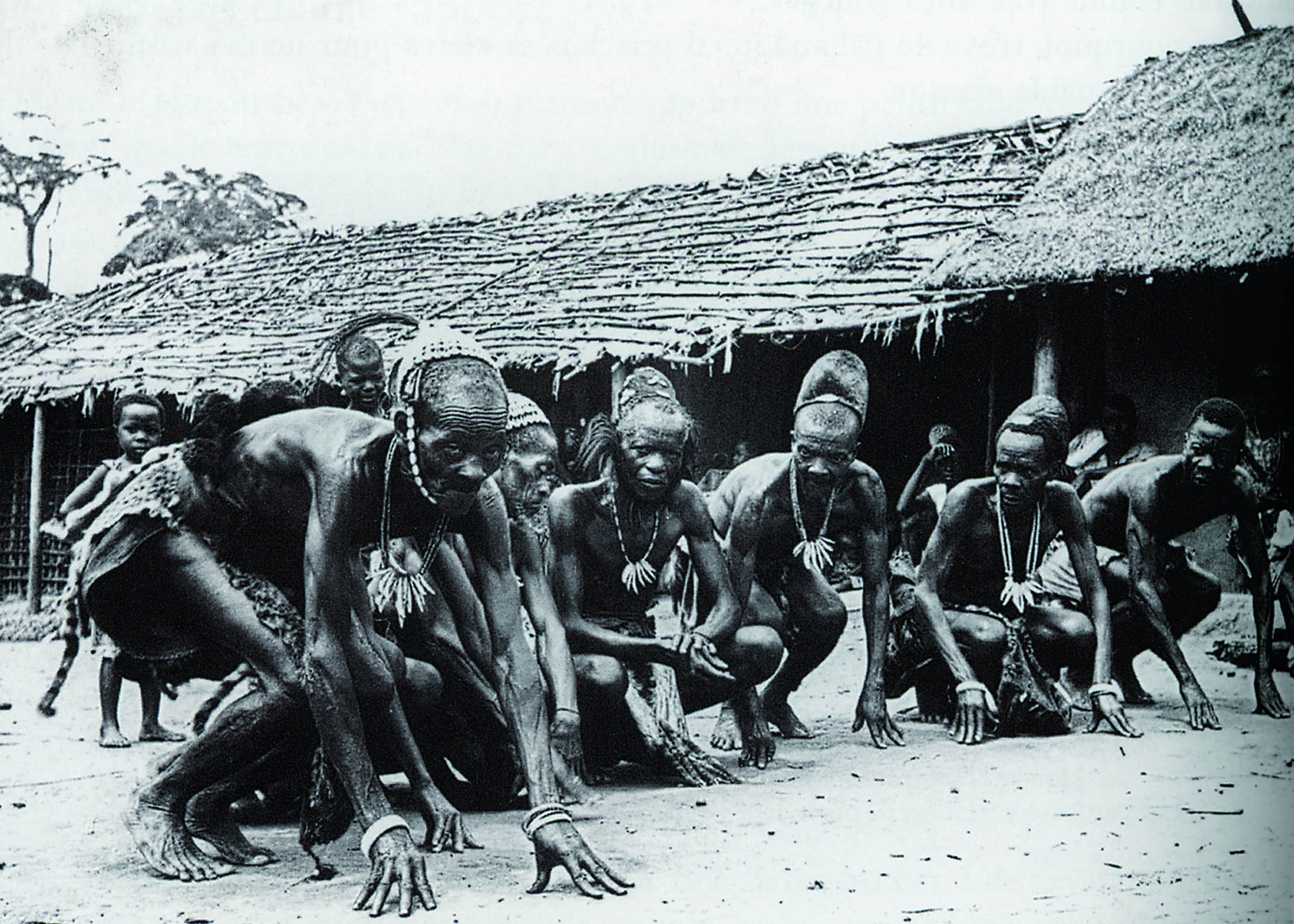 Statues are used, and are considered sacred and secret - they are not made for public display. More famously the Lega are known for their masks. They employ the traditional face masks for the ceremonies and these display the characteristic features of bean shaped eyes, long nose and small open mouth, the whole framed by raffia beards and hair. This is also seen on the more well known, and much loved, “passport masks”. Known as Lukwakongo, which means “death gathers in” these masks act as marks of rank, identifying members of the Bwami to those going through the initiation ceremonies. Instantly recognisable, these masks hold a haunting beauty to them.

These masks are not worn on the face, in the conventional sense of a mask, but rather they are either tied to the arm of the tutor, or displayed on special ceremonial frames. These masks reveal their secrets to the initiate, their subtle messages being coaxed by the tutor through the power of the ancestor. In a society that is predominantly visual, rather than literate, these masks speak volumes !

These masks are emblems of the ancestors and are owned by men initiated into the highest level of the second highest grade of the Bwami. They are carefully tended to and cherished, and are eventually passed on by the tutor to the newly initiated. Each initiate has an unending bond with these ritual items, a bond that seeks to create a powerful expression of social cohesion that stretches back through time.

The first time I saw a Lega mask I was instantly struck and captivated, and I am lucky to own one. Look into the eyes of a Lega Lukwakongo mask and you are immediately aware of something that exists beyond the mundane world.

As part of this blog post, our African art gallery offers a thematic sale dedicated to Lega and close or related ethnic groups. Discover without further delay these remarkable statues, masks and other ritual objects of the Bwami. 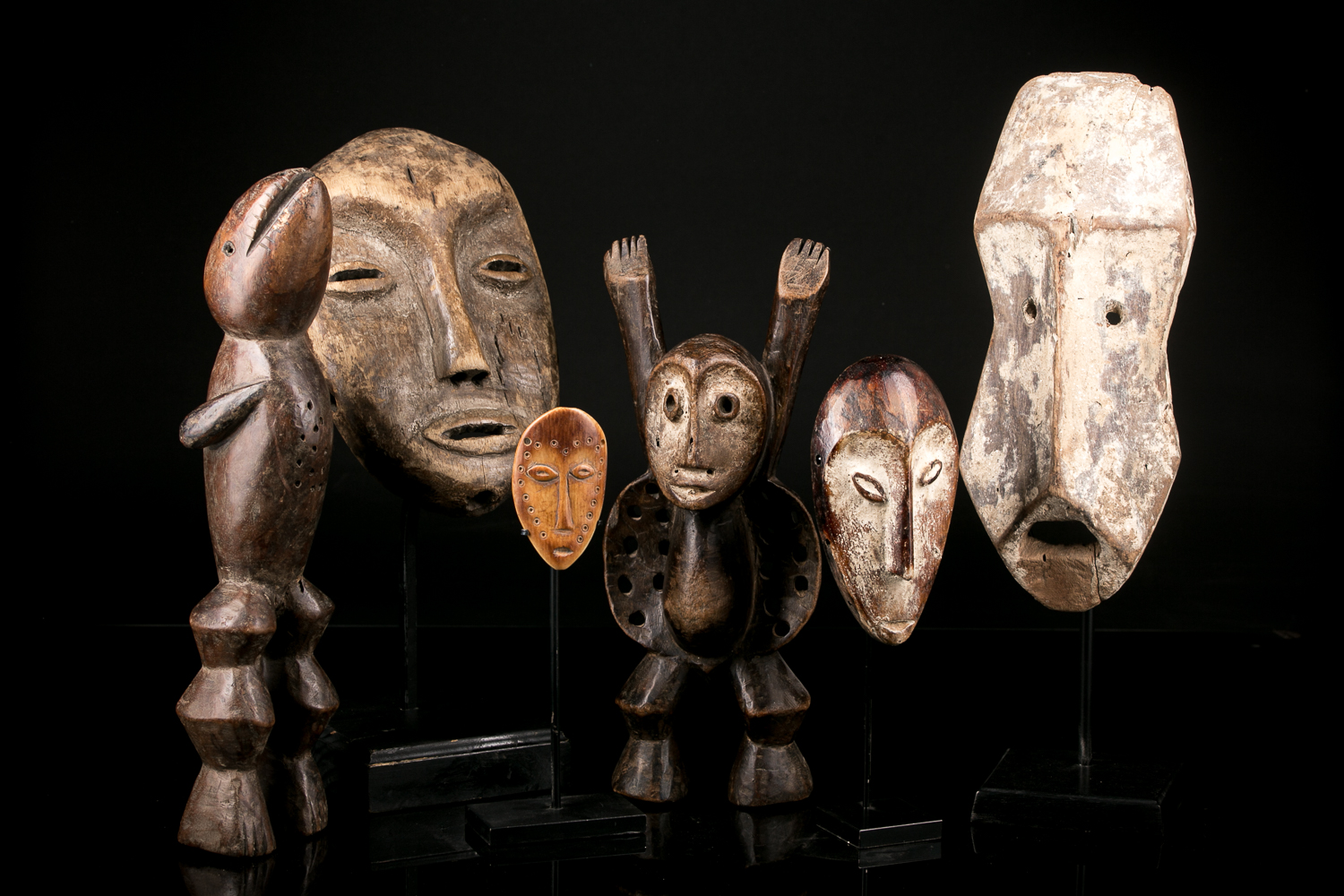