African Bambara art is one of the most studied in West Africa. The Bamana are settled in Mali. Traditionally, they are divided into villages placed under the authority of a family whose chief, fama, enjoys considerable powers. Their culture is essentially centered around agrarian rites and initiation societies.

Their cosmogony is very complex and has given rise to a large production of traditional art among which we can mention the famous Ci Wara or Tyi Wara crest mask, the masks of the Korè, Kono, Mama and N'tomo societies. Bambara sculptors also produce statues of very variable size with very marked features, such as female figures with imposing breasts. 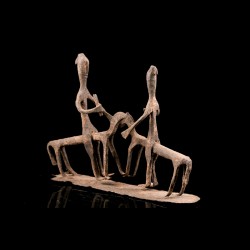 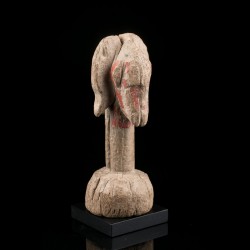 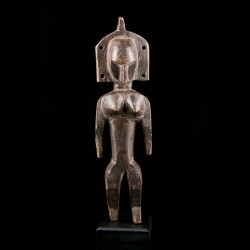