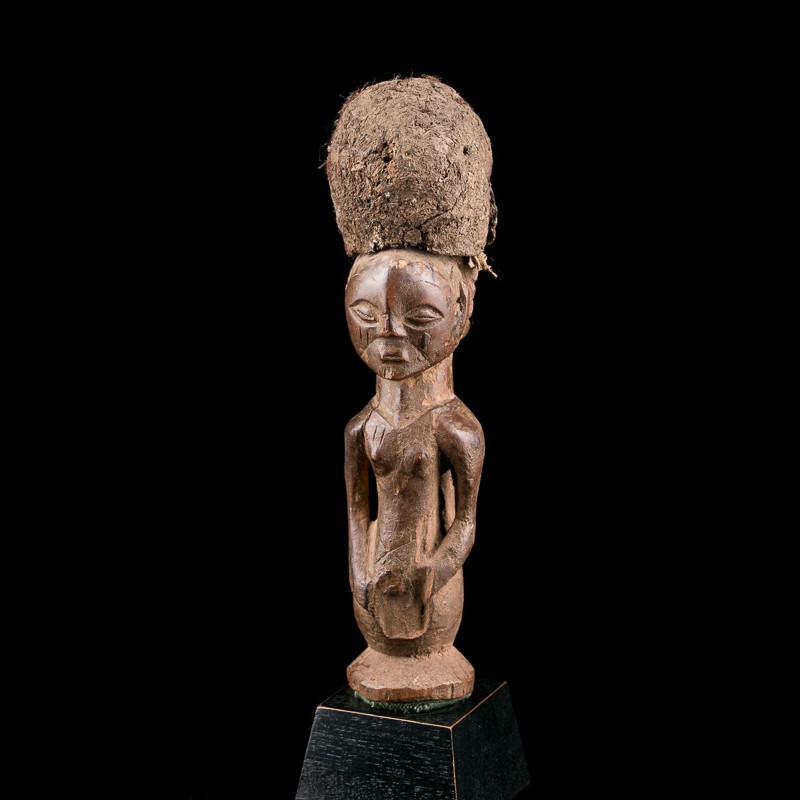 Very nice little Kusu statuette from the Democratic Republic of Congo. Of classical, naturalistic form, the face with tight features, the arms descending along the body ending on the abdomen. Superb patina enhanced by an important period magic charge placed on the top of the head.

Kusu sculpture is comparable to that of their neighbours, Luba Hemba.

The Kusu are divided into small villages relatively isolated from each other, especially in the south, where the Luba influence is strongest. The villages are still divided into castes in which blacksmiths are influential. The investiture ceremonies for chiefs are similar to those practised among the Luba, but there is no paramount chief who oversees all the Kusu. Instead, there is a series of village chiefs who inherit their positions of power.

They worship various nature spirits that trace back to their Mongo origins, recognise ancestor cults that have been borrowed from the Hemba and Luba, and fashion and use powerful magical figures similar to those found among the Songye. There is an initiation society, whose main purpose is to educate people about the evils of witchcraft, and diviners who are consulted on important matters. 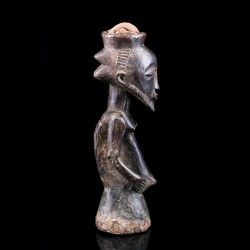