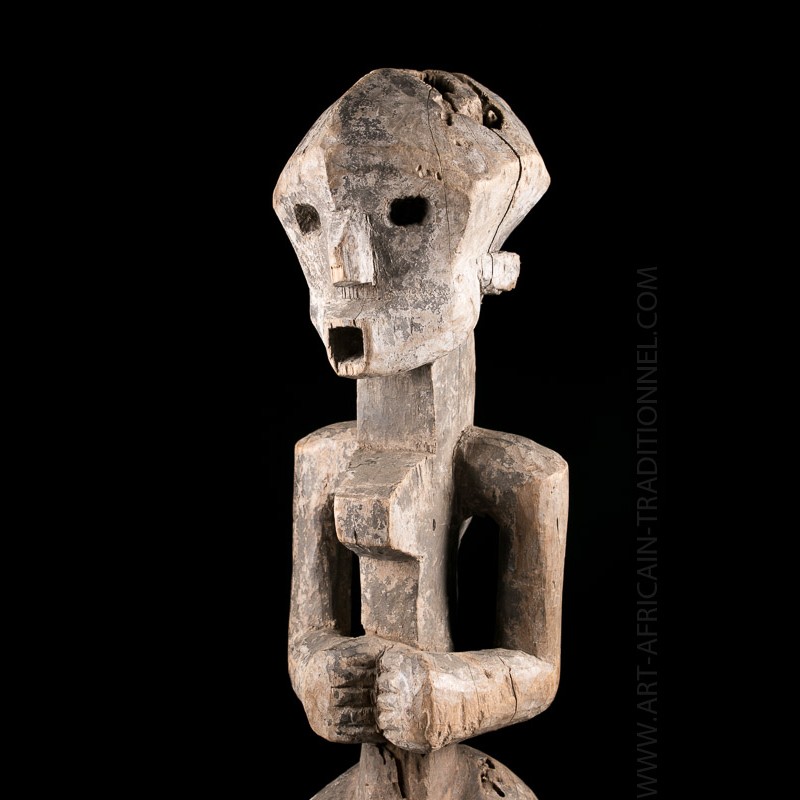 The Tiv are relative strangers to the Benue River Valley, having expanded into the region from the southeast (in present-day Cameroon) prior to the nineteenth century. In the process they separated Idoma and Jukun populations, who had once been neighbors, and interrupted what would have been strong cultural continuities between those two communities. The Tiv brought with them their own material culture, but because their worldview was one of great openness to other art forms, their sculptural traditions came to reveal influences borrowed from nearby groups.

This statue is most certainly associated with funerary practices, these works would serve as substitutes for the ancestors. 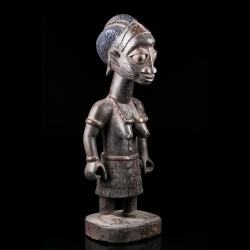