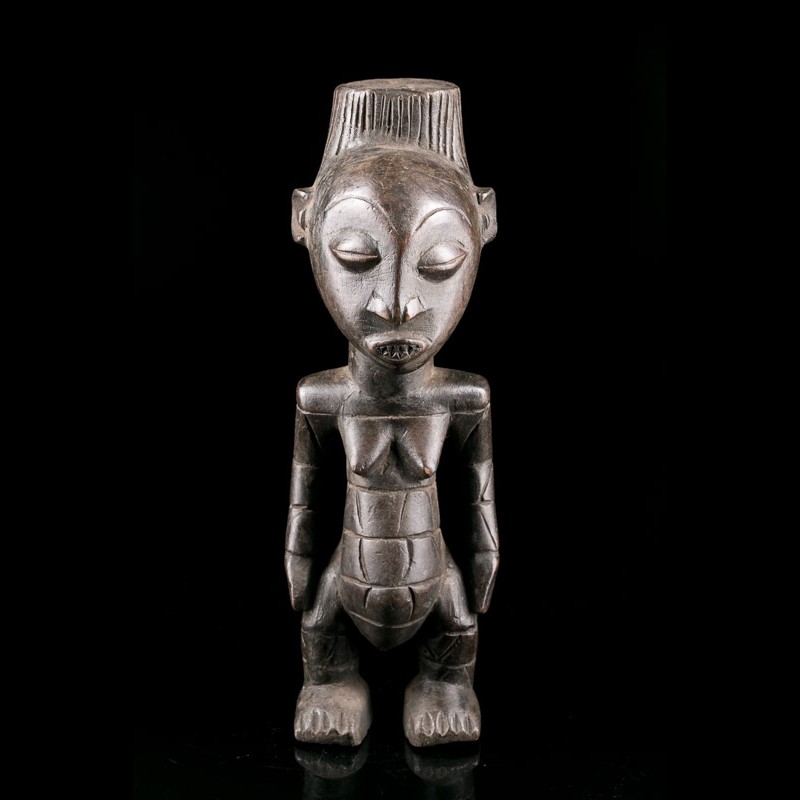 A wooden carving of a female with the hair pulled back and up to form a conical coiffure. The face has high brows with elongated half closed eyes, long nose and open mouth displaying teeth. To the sides of the head are patterns that may represent scarification marks. The body is distinguished by the swollen stomach and small breasts, but also what seems to be a figure hugging dress, which may in fact be a series of scarification marks. The arms hang down the side of the body with the hands resting on the knees.

Like many African people, the Mangbetu had an ideal image of female beauty that is often seen represented by their ancestor figures. The unusual shape of the head of this statue may not be that of the hair, but the actual shape of the skull, and possibly demonstrates the practice among elite Mangbetu of binding the heads of infants so that elongated deformation of the cranial bones occurred. Scarification was another means of modifying the body to present a particular form of beauty. This was carried out so as to distinguish individuals within society, and often occurred during initiation ceremonies when children reached puberty. The practice is largely dying out, though it is finding a renewed popularity among the Yoruba as a means of cultural identification. 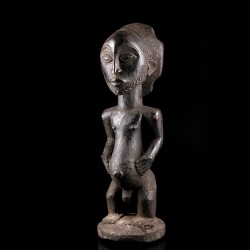 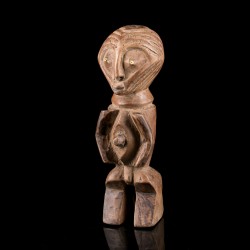