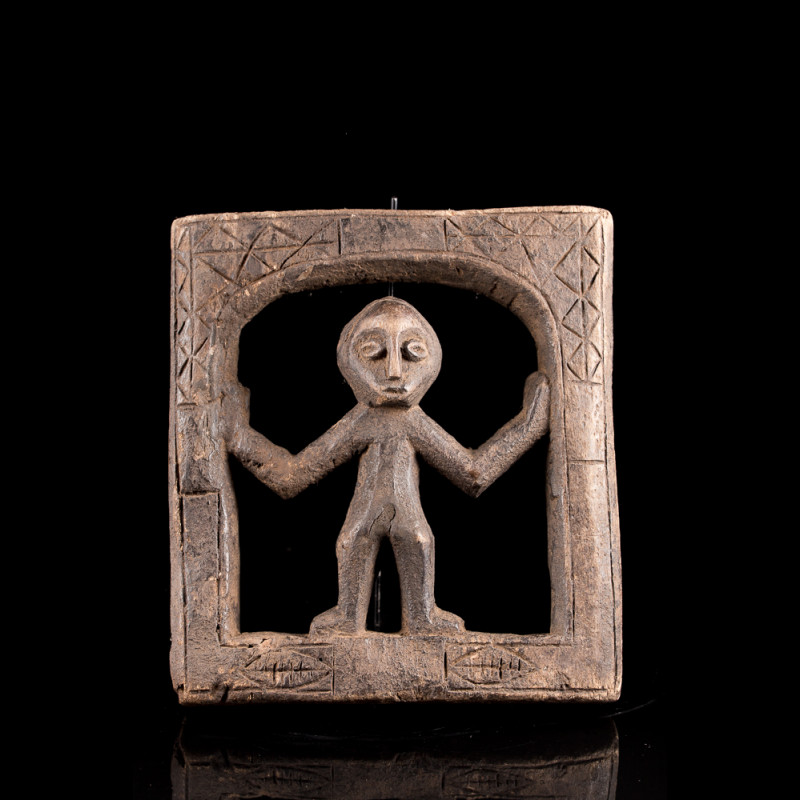 Tradition and Christianization in the D.R. Congo

African statue framed in a decorated frame from the Holo in the Democratic Republic of Congo.

This object represents the character inside his hut which is of great importance in the Holo culture. They contain emblems called Nzambi.

This panel was linked to the Nzambi cult. This is a real lucky charm for the Holo people.

They are represented by male or female characters, more rarely composed of two characters, sculpted with levitating arms, in the center of a frame.

We suppose a colonial influence with Christianization in the iconographic Holo: indeed, it is the image of Christ on the cross brought by the first missionaries which is at the origin of the design of this sculpture, result of an acculturation and religious syncretism. 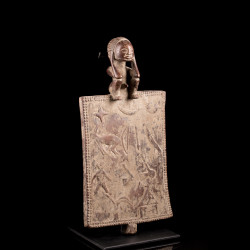 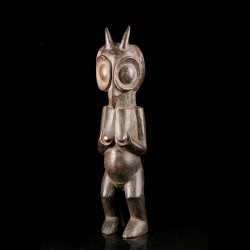