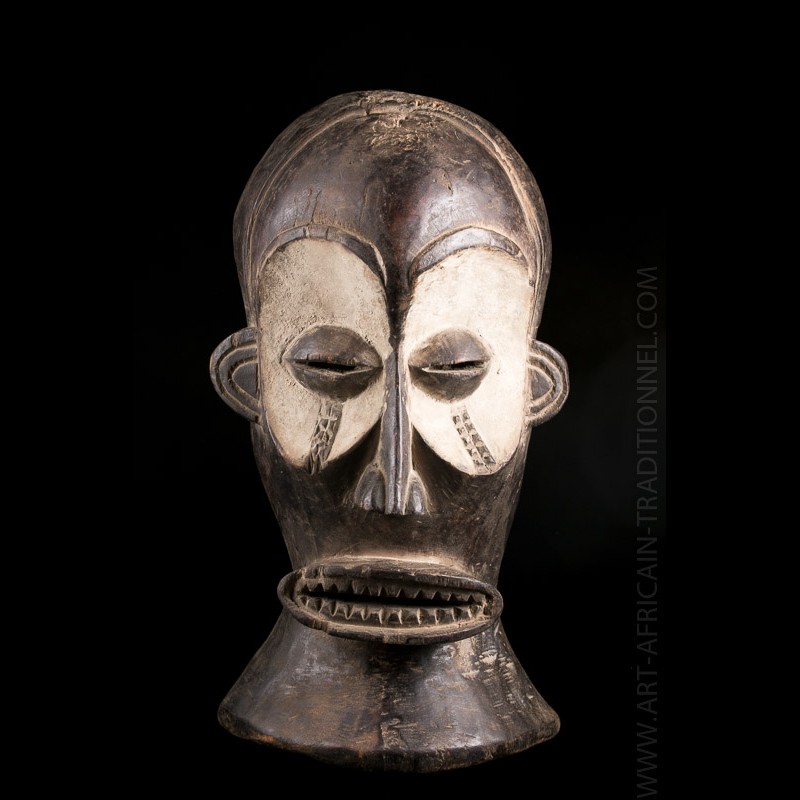 Visibly very late African mask Chokwe (Angola). It is a Ci Hongo type male mask which was accompanied by a Pwo female mask known as "of beautiful woman".
We recognize him here by his flared chin. It was originally intended to have a feather headdress in the shape of a tray.
The orbits are encrusted with kaolin and note the presence of scarifications under the eyes which in fact illustrate tears.