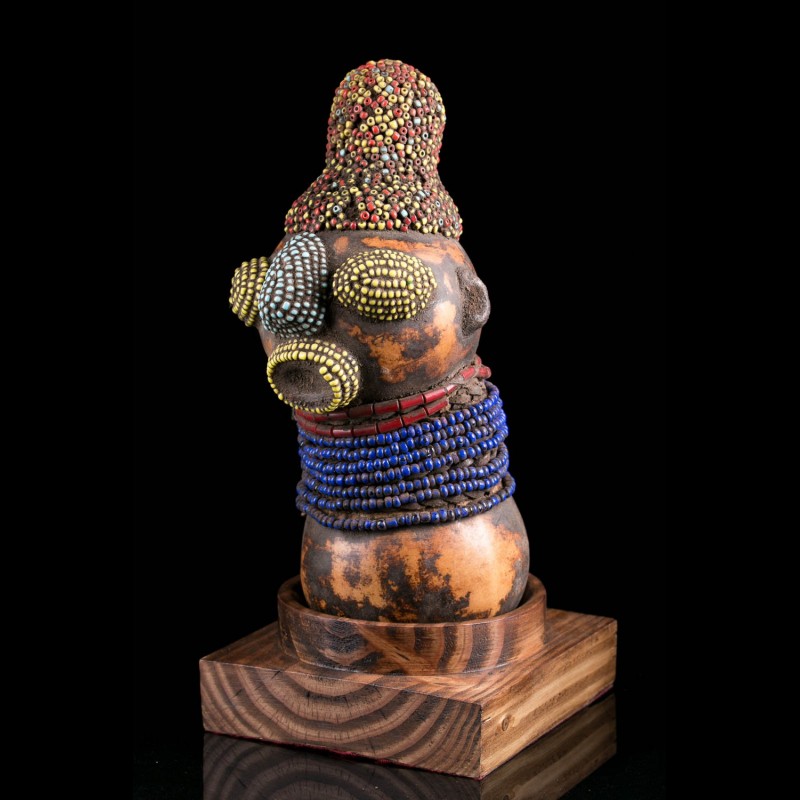 The Nyamwezi are the most represented Bantu ethnic group in Tanzania. They are located in the northwest of the country, between Lake Victoria and Lake Rukwa. Most people practice traditional religion despite Islamic and Christian conversion attempts. Their belief is centered around a powerful god named Likube (High God), Limatunda (Creator), Limi (the Sun) and Liwelolo (the Universe) but the cult ancestors remains the main daily religious practice. Sheep and goats are sacrificed in honor of the latter. Spirits also play an important role in Nyamwezi beliefs. The doll consists of several gourds assembled with a hardened aggregate adorned with a multitude of small multicolored pearl necklaces. The pearls are also used to give life to the character by creating big eyes in projection and a cap.Origin : private collection, BelgiumDating : 1960'sSize : 22 x 8 cmMaterials : wood, beads 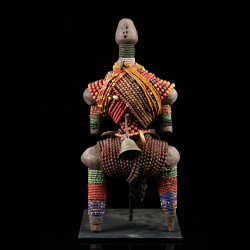 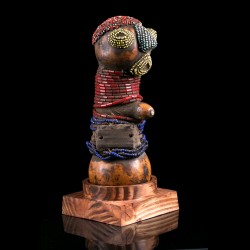