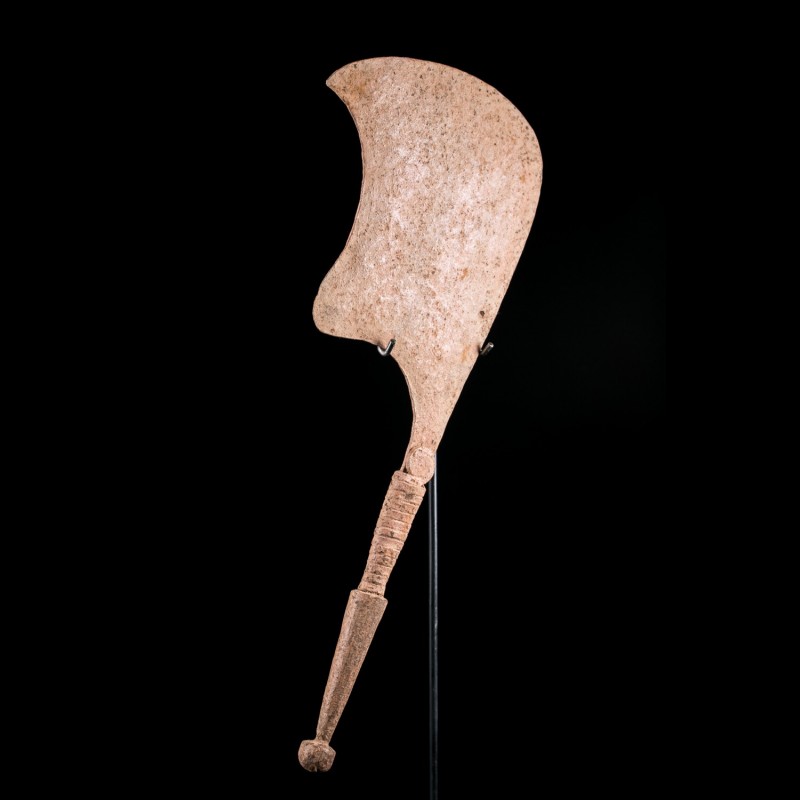 In African art galleries, there are many and varied so-called "primitive" currencies. Many are black iron, especially sought after metal, others are copper, more precious than gold, brought by the Portuguese to pay slaves, others in glass beads, human or animal teeth. The list would be long but each currency is an artistic treasure. It should be noted that some iron objects used as coins are also jet knives or prestige swords.

All the currencies presented were used to finalize transactions between individuals or tribes. They could also be used for individual purposes, to buy livestock, consumer goods or to serve as a dowry for a wedding. These coins were sometimes ornamented and passed on in the lineage. Here, it is initially a billhook. 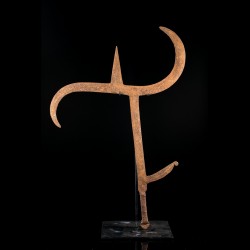