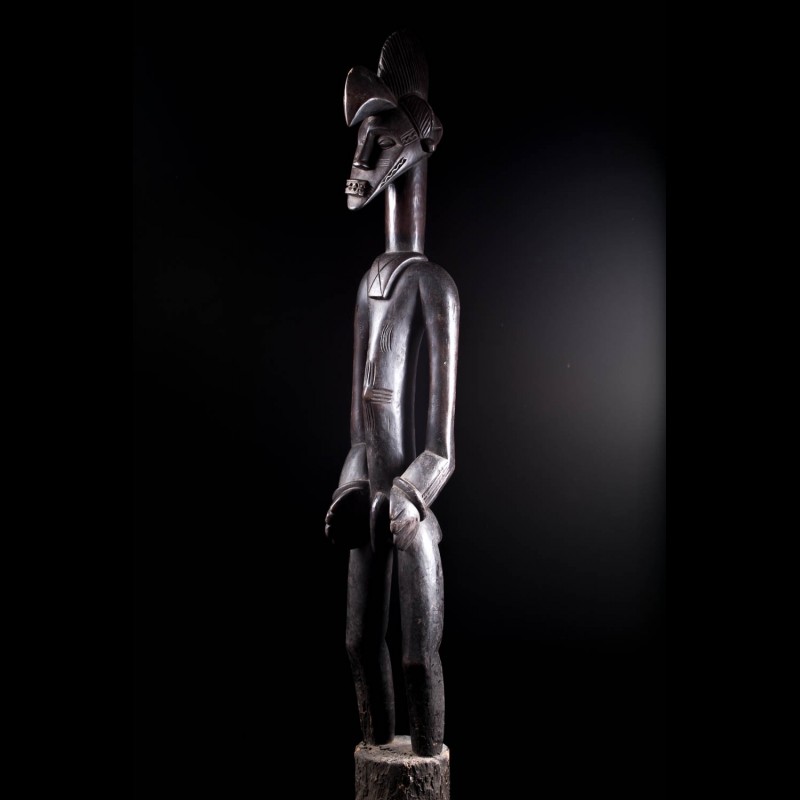 African statues in the Poro cult

The statues-drumsticks of ritual dances (Deble), were used during the celebrations of the Poro. These statues usually rest on a cylindrical base to pound the ground to the rhythm of the music. In English, they are beautifully called "rhythm pounder"; they are "the children of Poro, a Poro pibele.

They appeared at the funeral of an important member of the Poro and rituals that metamorphose into ancestral spirits. Sometimes simply depicted as an effigy, they can be carried in procession by masked dancers who slowly swing the carvings from one side to the other, hitting the ground rhythmically. Chin prognath and headdress features. 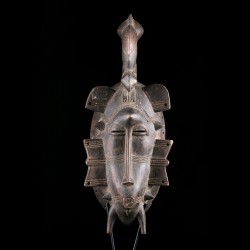 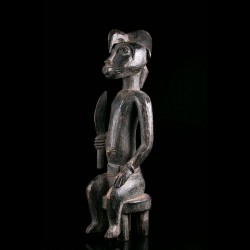 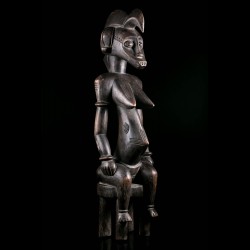 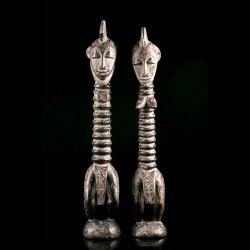