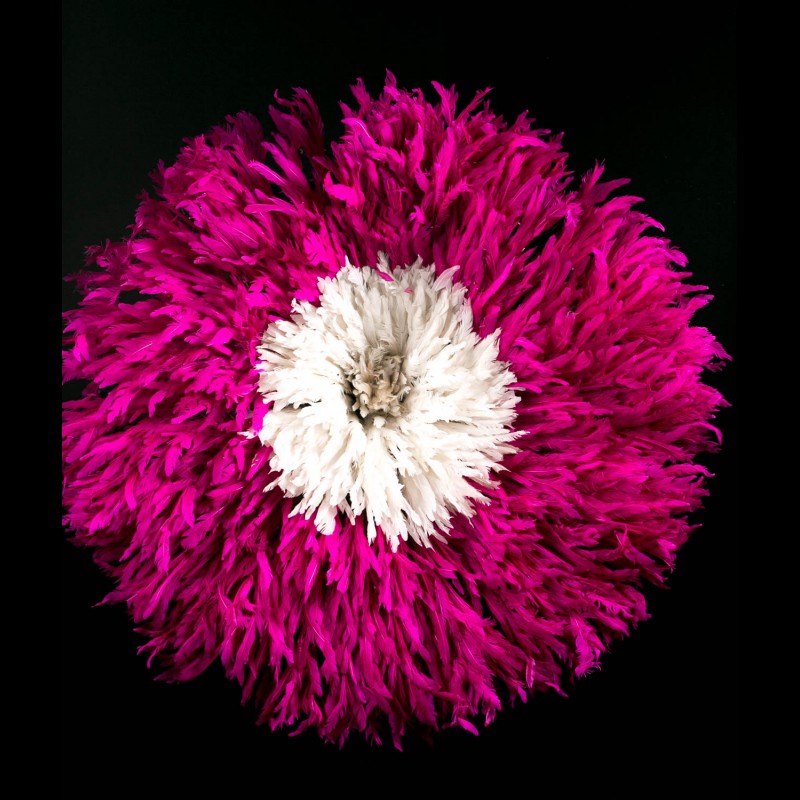 Wonderful african "juju" hat from Bamileke tribal artA large Juju hat with raffia cap, strips of tree bark to the edges supporting a mass of feathers in a conical shape with those to the centre being white, and those the the rest of the hat dyed a vivid purple colour. The Bamileke create these hats, known originally as Tyn, for use in royal festivals and ceremonies. Every tribal group within the bamileke is headed by a chief who is attended by a committee of eight men known as mkem, each of whom has brought wealth and distinction to the tribe and is in charge of certain duties within the kingdom, such as economic, military or legal. Every two years the mkem hold a ceremony to honour the wealth and power of the king; it is only the king and members of the warrior clan who wear particular masks and Juju hats such as this. Origin : gathered in situ Dating : 1980'sDiameter : +/- 75 cm Materials : wood, fabric, feathers 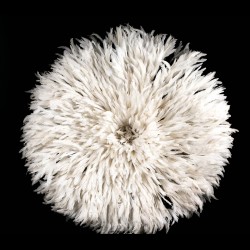 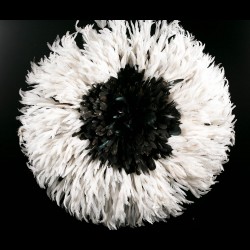 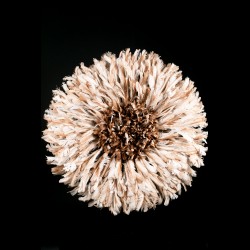 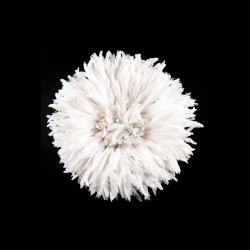