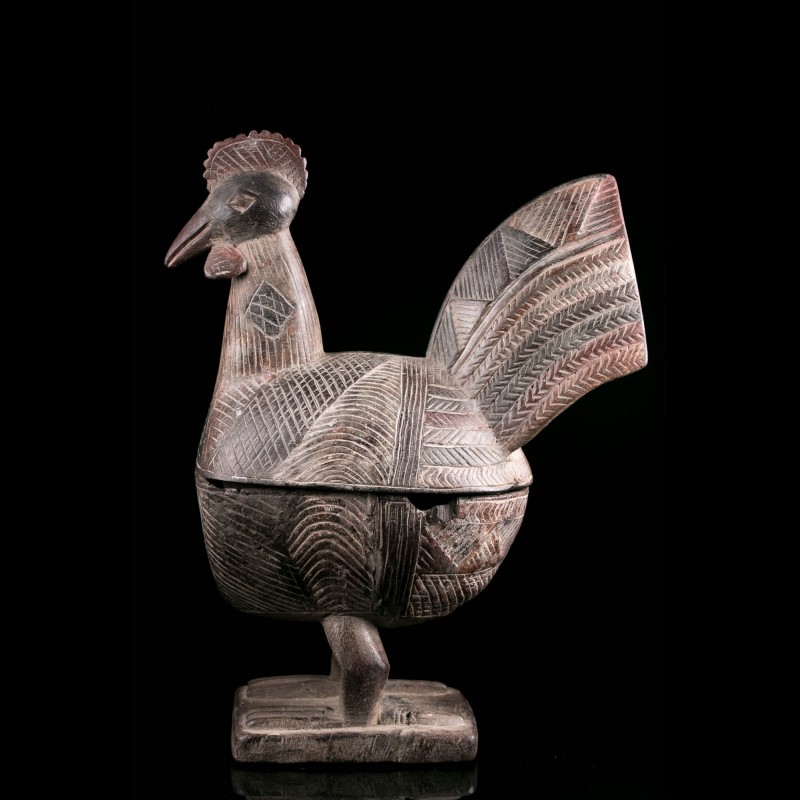 African zoomorphic Olumeye box from Yoruba traditional artA wooden box in the form of a cockerel, carved to the entire surface with bands of geometric patterns and with large panel to the back for tail feathers. The upper body forming the lid of the box, the lower section with legs supported by a rectangular base. The Yoruba people are found predominantly in Nigeria, as well as parts of Benin and Togo and are recognised as one of the most artistically skilled people in Africa. The Yoruba are now mostly Christian or Muslim but elements of their native religion survive with an elaborate hierarchy of deities with a supreme creator god and up to four hundred lesser deities and spirits that take charge of different aspects of life. The Olumeye is a box that is used to offer kola nuts to visitors or deities as part of hospitality rituals. The word Olumeye means ‘one who knows respect’ and the boxes are traditionally in the form of a cockerel, a popular sacrificial offering which symbolises honour and prosperity. Origin : private collection, United KingdomDating : 1950Size : 40 x 31 cmMaterial : wood 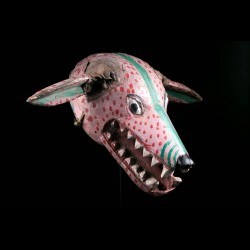 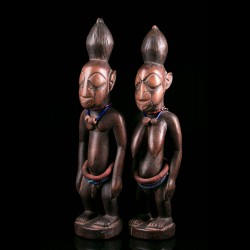 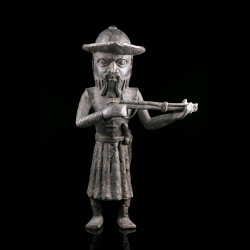