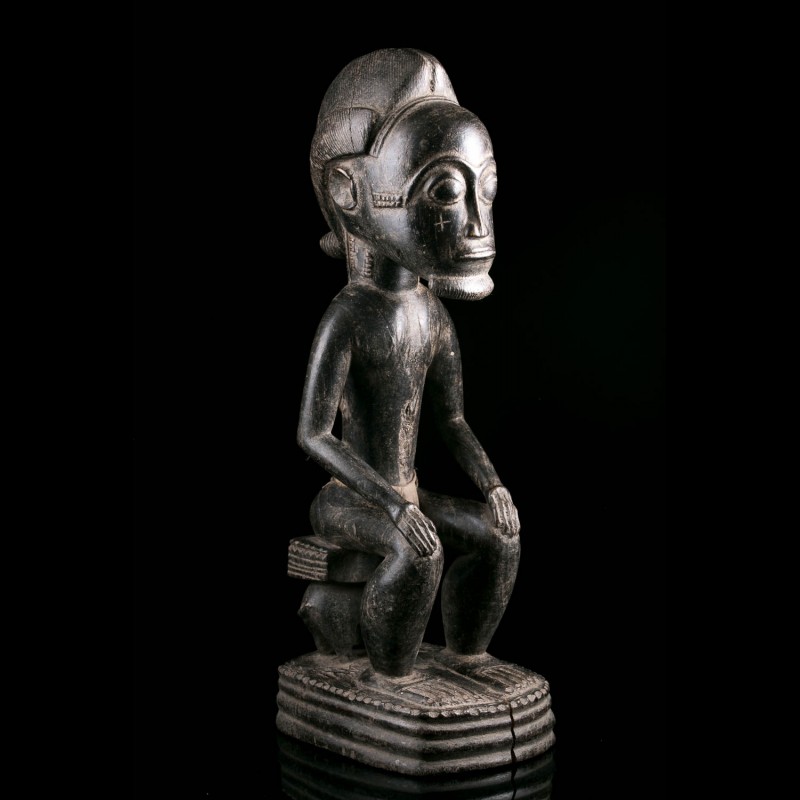 The Baoulé believe in the existence of geniuses of the bush that take human form. Few people have seen them, but diviners say they are ugly, hunchbacked, hairy. Invisible to everyone, they have a strange affection for some humans. Problem: for a spirit, how to enter into intelligence with a living? To possess it, literally.

The genius seizes a person who becomes a medium, a komyenfwé, able to give information on the future, the care to bring. Voluptuous and mischievous, these spirits become clement and beneficial if they are honored. How to act on them? To bring them to "live" temporarily in a work of art that will absorb their power, to regulate it. The statue is not the "portrait" of the genie, just its interior. According to the expression, "genius lives in the statuette" (Asia usu i tran olè).

Or it will be the "stool" on which it will arise, which explains why some of these figures, like this one, represent characters sitting on a traditional seat. Dissatisfaction is characteristic of geniuses: after agreeing to reside in the village, they do not want to just look like ordinary people; it is important for them to appear under idealized, magnified features. If the figure is to be as attractive as possible, it is because genius demands that all that passes in humans be concealed for defects. If the statuette was ugly, the genius would think that it makes fun of him. A splendid work, on the other hand, predisposes the genius to be benevolent.

This authentic Asian Usu type figure is offered by our art gallery at a price well below the estimate established by the experts of the auction room Catawiki. 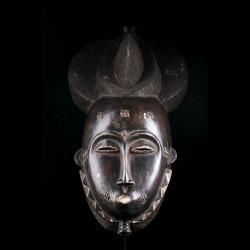 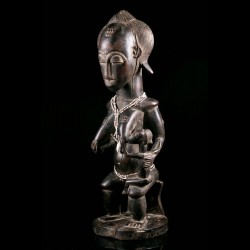