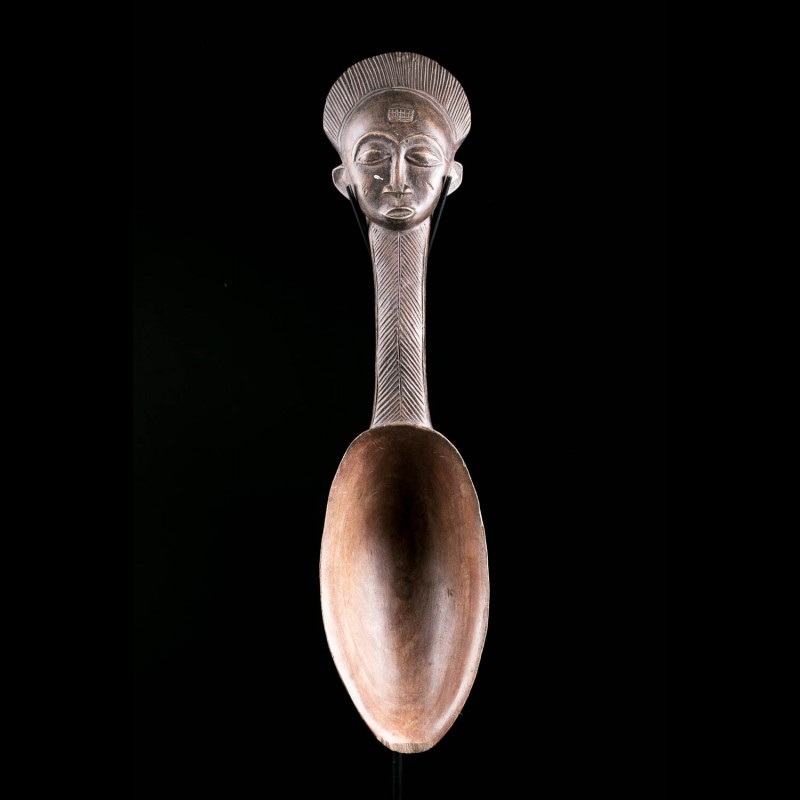 In traditional African art, the Dan are known for their high anthropomorphic ceremonial spoons that bear the name of wa ke mia or wunkirmiam. These reflect the same morphological and stylistic traits as those of statues or masks. Anthropomorphic ritual spoons should be distinguished from rice shovels. These last were the prerogative of the wife of the chief who presided over the initiatory society of the young girls.

As for the spoons, they were the sign of the women having shown the quality of their actions within the village, thus underlining their status. During the big events that lead to sometimes sumptuous festivities, the depository of the spoon brandishes it by dancing and singing, followed by its companions. She will offer the rice to the notables and guests during the ceremonial meal. 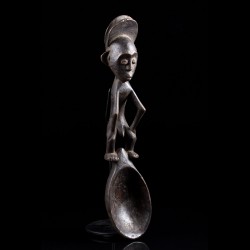 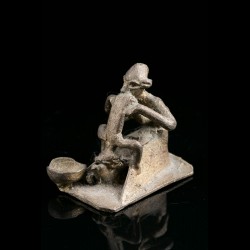 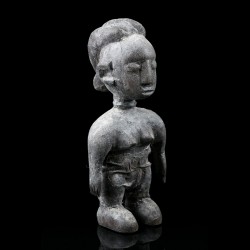