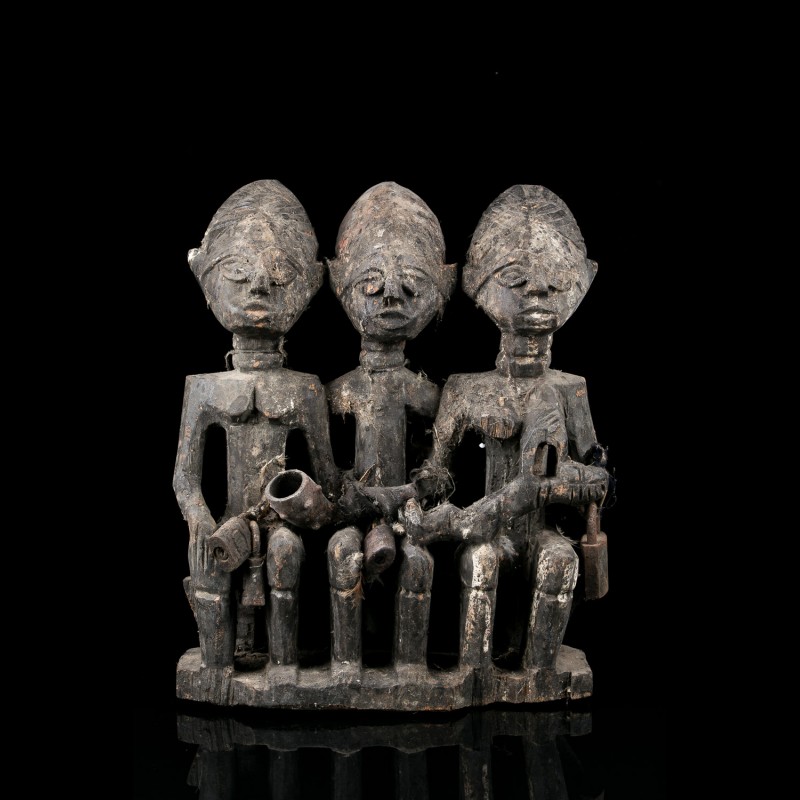 Ashanti is a nation and ethnic group native to the Ashanti Region located centrally on the Ashantiland Peninsula : the territory, located in southern Ghana, is bounded by the Black Volta River to the north, Lake Volta to the east, the South Atlantic Ocean to the south, and Ivory Coast to the west.The Asante people speak the Asante dialect of Twi. The language is spoken by over nine million ethnic Asante people as a first or second language. The word Ashanti is an English language misnomer. Asante literally means "because of wars". The wealthy gold-rich Asante people developed a large and influential empire; the Ashanti Empire along the Lake Volta and Gulf of Guinea. The Ashanti are believed to descend from Abyssinians, who were pushed south by the Egyptian forces.SpecsOriginEx private collection FrenchSize29 x 23 cmDatingCirca 1960Material(s)Wood 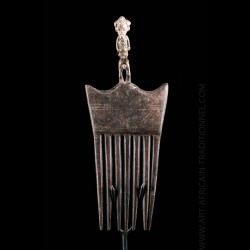