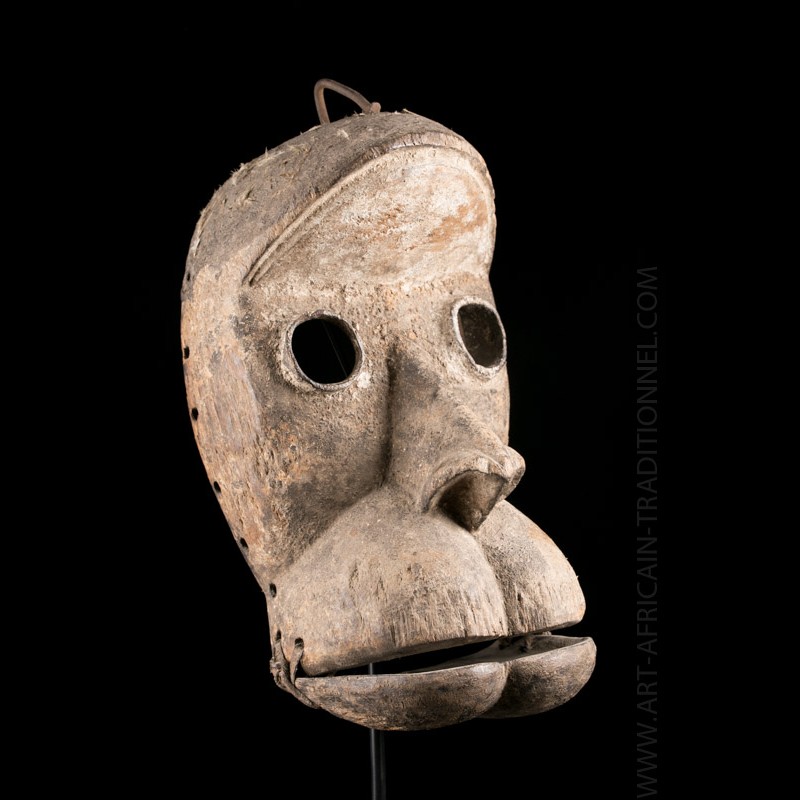 It was in the 18th century that these population displacements ended. This mask is remarkable both for its very particular forms rather generous and rounded as well as for its crisp clear patina.

Element rather rare also, the presence of an articulated mandible. The gaping circular eyes suggest that it is a male mask. The resemblance of this mask with a monkey's head is not trivial since some Dan tribes have as totemic animal the chimpanzee. 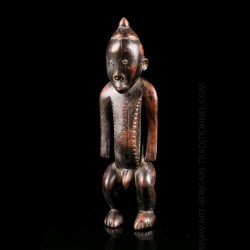