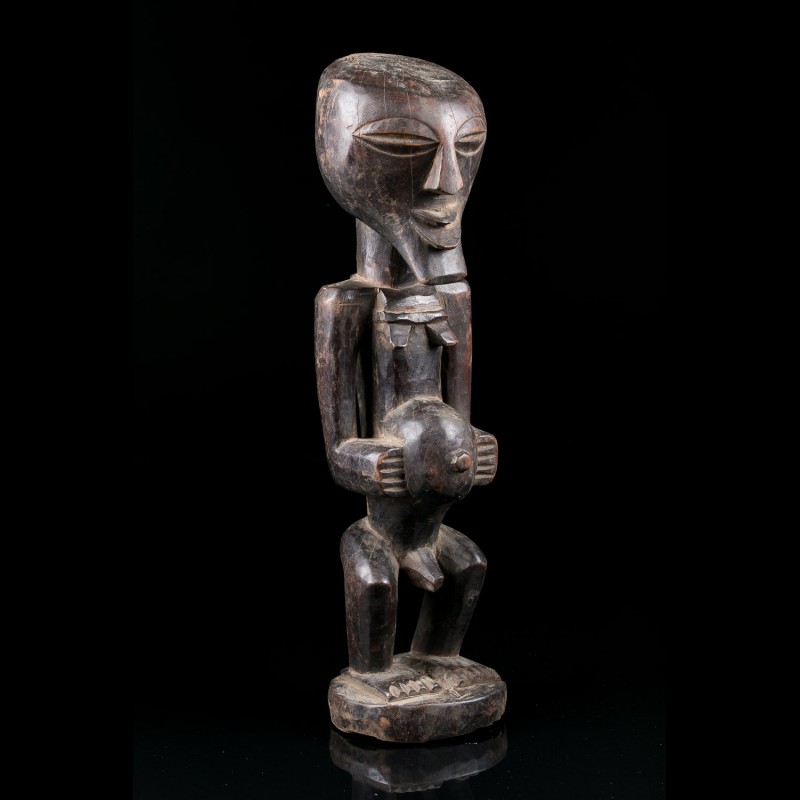 Nkisi, also referred to as nkishi (pl. minkisi / mankishi / zinkisi) is the general name for an object containing a spirit(s). Typically, each community will have a central nkisi figure as will individuals within that community. Banganga (diviners) defend the living and the community against illness and forces from witches, improve fertility, and even provide success in specific pursuits like hunting, by making minkisi figures.The community nkisi is used to deal with communal concerns such as crop failure, widespread illness or territorial disputes and once a year (the 1st day of the 1st quarter of the lunar cycle), all individual minkisi are placed around the community nkisi to mark the ritual celebration of mukapasu (the day associated with prosperity and regeneration).Individuals make requests to ancestors through personal nkisi figures. The power of minkisi figures depends on the spiritual ingredients (bishimba), created by the ngangaand placed within or on the figure. Bishimba is usually concealed within the abdominal cavity of the figure, in the top of the head, tied around the waist of the figure or in a horn set in the top of the figure’s head. Bishimba and offerings to ancestors can also be placed in (eyes, ears, mouth, belly) and on (chest, neck, feet) the figure by its owner. Once the purpose for which an nkisi was made has been fulfilled, the owner would either pass it on through the generations or, more commonly, the figure would be discarded.35 x 9 cm 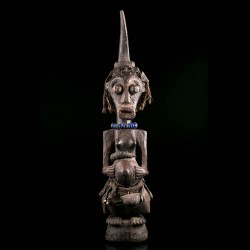