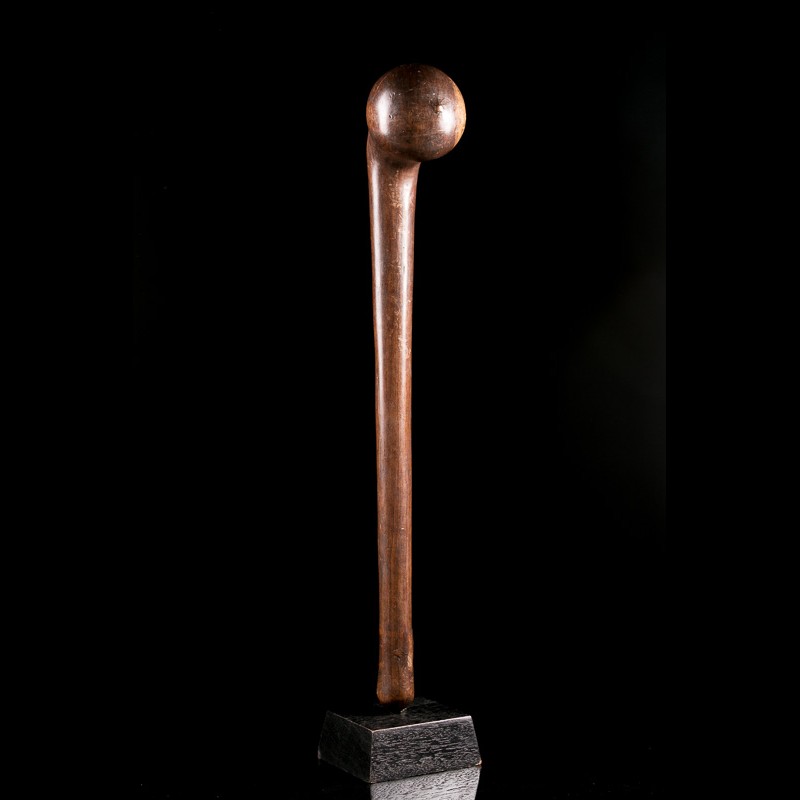 A wooden club with a smoothly carved body showing beautiful patina. To the top of the club is a rounded end at right angles to the handle and displaying dexterity of carving and finish. Mounted on a custom made stand.

For many of the African peoples the carrying of weapons became a necessity. Weapons for hunting and for offensive and defensive purposes have existed since the earliest times and have evolved into insignia of rank and attributes of royal power in some cases. The knobkerrie is typical of East and South Africa and can be used as both a club and a throwing stick. In ulu the knobkerrie is known as iwisa, and rather than being used as a weapon it is used a swagger stick or for ceremonial occasions.