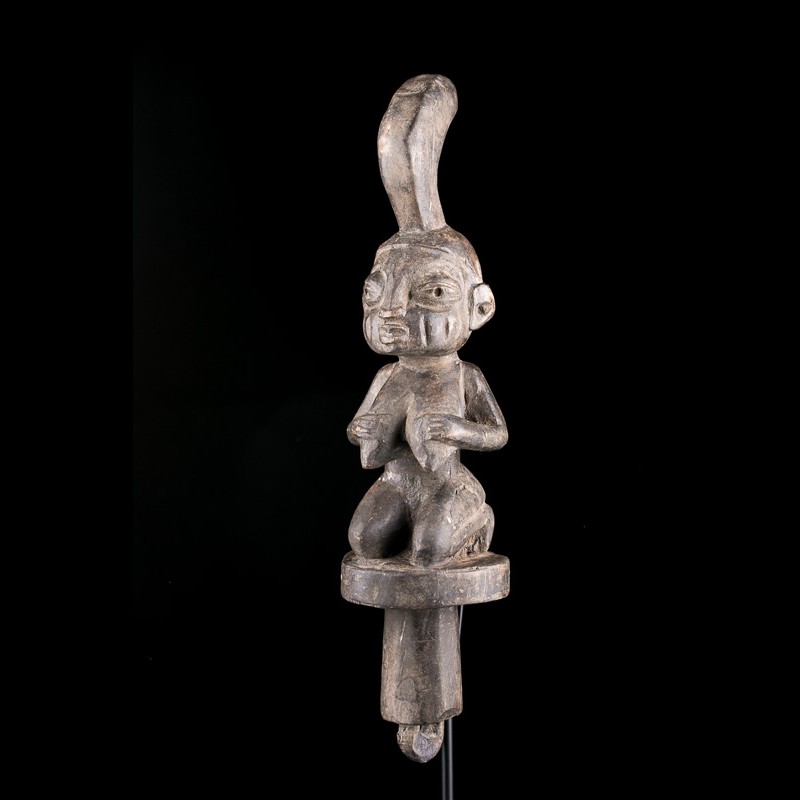 This Yoruba ceremonial scepter is a liturgical object nicknamed Oshe Shango, it is linked to the cult of the god of thunder. The ax shape on the top of the head was nicknamed by the peasants the lightning stone when they discovered a Neolithic polished stone ax and considered that the lightning had spawned the object. This is how it is one of the most important attributes of the Orisha Shango. In this sculpture, the ax rests on the head of a high priestess with her hands on the tips of her breasts. This Oshé-Shango comes from the Yoruba of Benin. 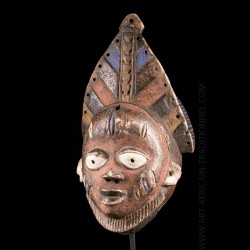 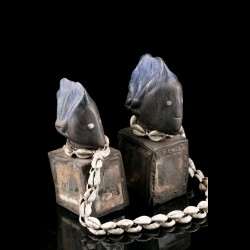