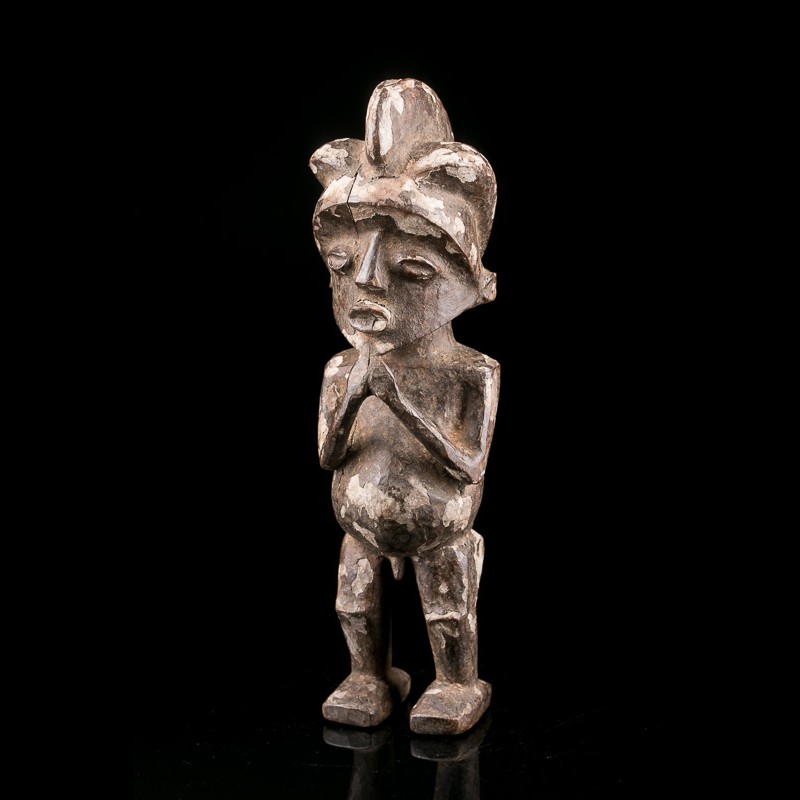 A wooden figure of a male with the hair forming three stylised crests to the top and side of the head. The face has a prominent brow ridge with small ears, nose, eyes and open mouth. The arms are bent at the elbow and rest on the large belly; the hands are held together under the chin. The legs are slightly bent at the knees with flat, rectangular feet. Mounted on a custom made stand.

In tribal african art, the Hungaan are a related people of the Pende of West Africa. They are mostly farmers and each village is grouped into associations with two or four others, which is headed by a chief who is assisted by elders. The eldest man of each family maintains its lineage objects which are kept in a special hut. These include ancestor skulls and tribal statues, such as this example, to which power enhancing paraphernalia are attached.

Hungaan / Hungana people are located in Democratic Republic of the Congo.