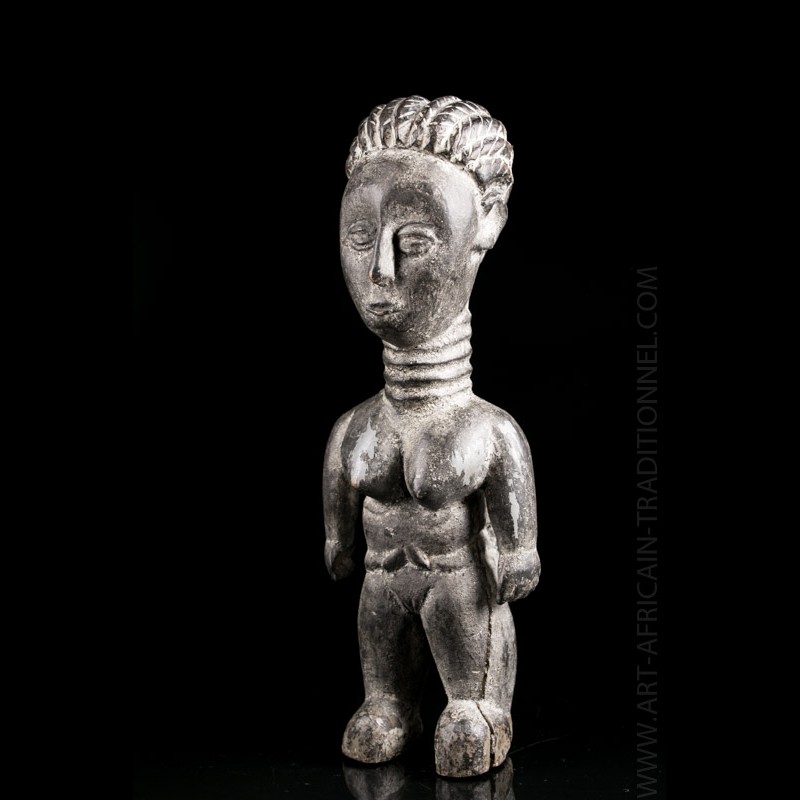 The statuettes of African art figuring Venavi twins are the counterpart in Ewe Ibedji twins or Ibeji in the Yoruba. In African tribal art, the Ewe are renowned for their fabrics as well as for their small wooden dolls called venavi or venovi used, as among the Yoruba, to protect the twin remaining after the death of the first twin.
This type of traditional art statuette was also used as children's toys and sometimes even as fertility dolls by women who placed them under their mattresses. Young women could also wear them under their clothes to promote their fertility. 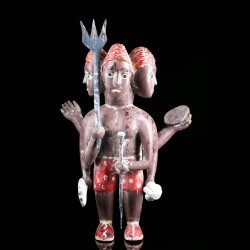 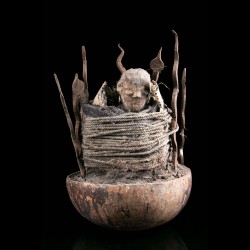 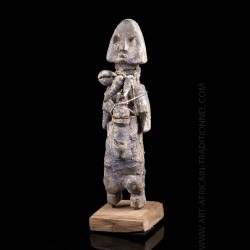