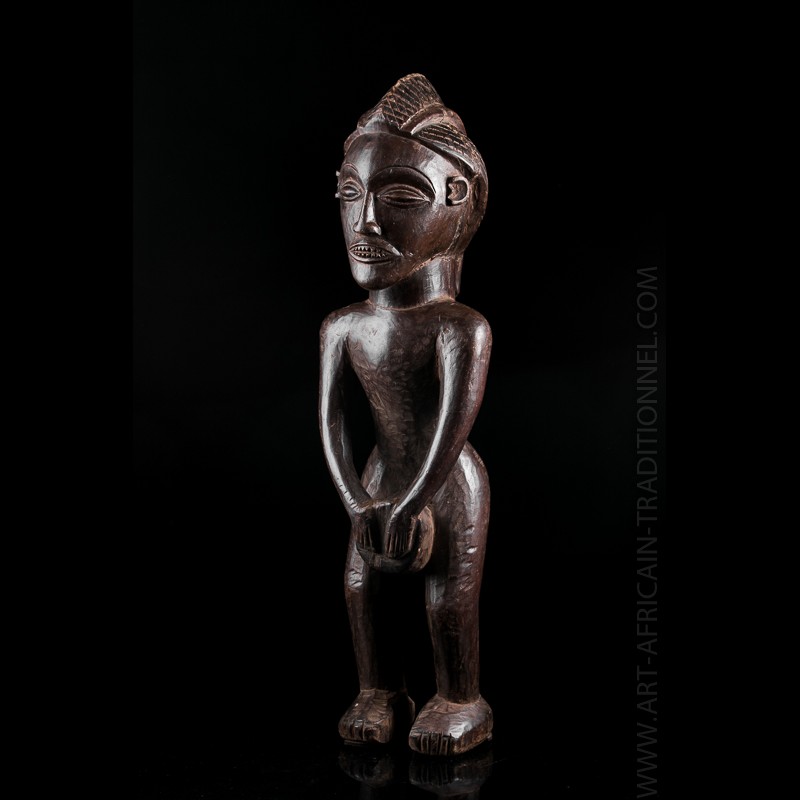 Rare African statue of the Mbala ethnic group depicting a drummer. The character wedged the instrument between his legs in order to play it. Finely chiseled face and cap. Very dark and smooth patina, probably after numerous applications of palm oil. One observes in Mbala art a stylistic influence of southern Congo, explained by the geographical origin of Angola of this ethnic group. 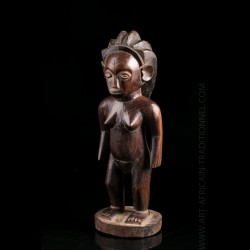 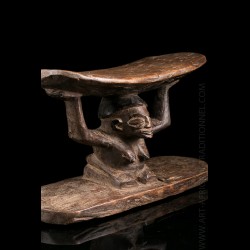 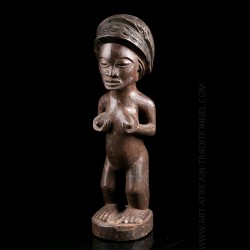