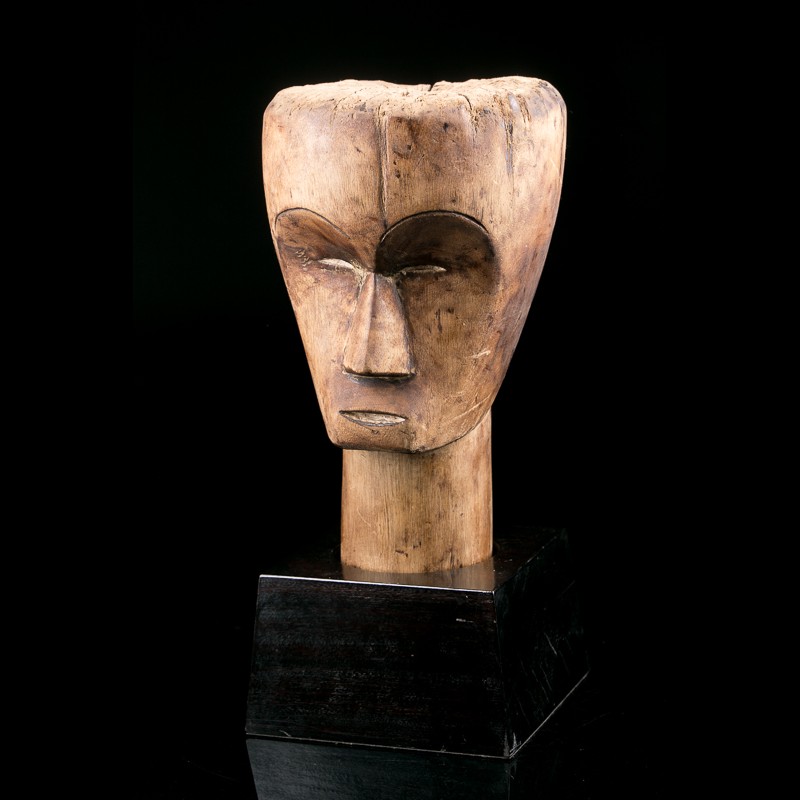 Fang heads are one of the flagship objects in traditional Gabonese art. They are most often pictured proud, very dark lustrous patina resulting from the many ritual libations of palm oil.

However, there are other types of Fang heads dedicated to ancestor worship fulfilling the same function as the famous Angokh Nlô Byeri heads, such as the remarkable copy recently acquired by one of our loyal customers.

According to Louis Perrois, it seems that heads like this one came out in dances in which they were carried and waved.

This superb object at the antipodes of the classic design of Byeri heads is devoid of oily patina but testifies to a ritual use. The general shape and stylization of the strokes is also amazing.

Only two authentic heads with a similar style are listed to date: one belonged to the French explorer Daniel Henriot who himself collected it in situ in the 1960s before being sent to the Ratton gallery in 2017; the other even closer, originally comes from the very famous Parisian collection Descazeaux, published in 1967 in "L'art nègre", Meauzé P. and sold in 2002 by Sotheby's New York.

This piece was offered in the first Prestige African Art Auction (Expert Selection) organized in 2020 on Catawiki. Experts have estimated its value between 8,000 and 10,000 €. We offer it to you at a much lower price. Certificate included.

Your Offer is sent.

Your Offer is accepted, please check your inbox.