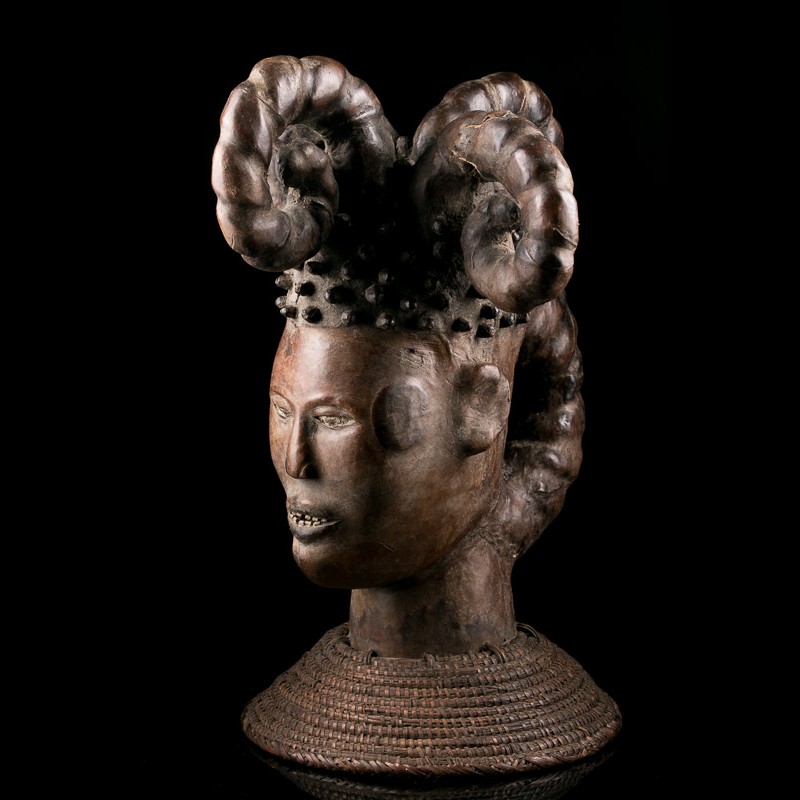 Crests in the African art of the Cross River

The character wears a monumental hairstyle made up of spiral appendages. These testify to a real technical know-how in the perfection and the symmetry of the windings.
According to ethnographic accounts, this hairstyle was originally worn by young girls during initiation and the period of seclusion before marriage.

The braids were made on the basis of a rigid frame and an over-modeling of earth which held the whole. The artistic corpus of the Cross-River region is distinguished by the use of a technique - unique in Africa - which consists of covering a carved wooden structure with animal skin to give it a very realistic appearance. This technique is mainly used for traditional crest masks and so-called helm masks.
The tanned skin then stretched over the wood restores the grain, shine and volume of human flesh on the skeleton and gives these works a powerful reality. The treatment of the eye is also part of this quest for realism: the white is rendered by the use of kaolin, giving the look an intense truth. Discrete native repairs to the cap.
Compare this piece to another Ejagham crest mask offered by Sotheby's. The pieces are very similar. Maybe from the same workshop.