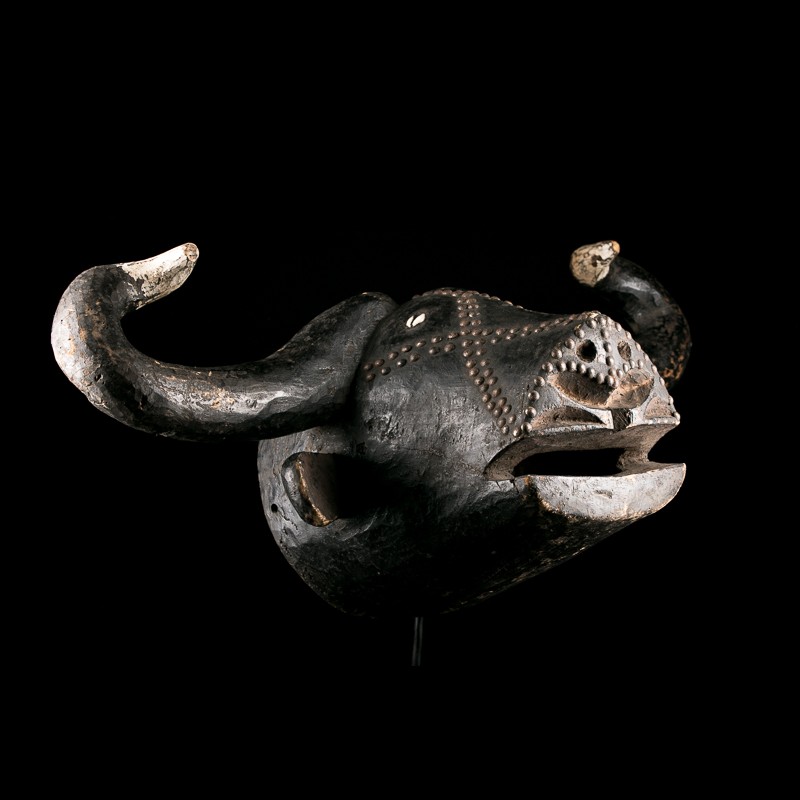 Nature and culture in African art

Here is an exceptional piece: an imposing African mask that was worn by a Tabwa individual (see attached context photo). This voluminous traditional helmet in the shape of a buffalo's head bears the name of kiyunde. This copy is remarkable both for its sculptural qualities and for its state of preservation. Indeed, many old nails still roam the face of the animal, just as cowries are present in the eyes. The polychrome patina has also been well preserved, bringing an additional touch of naturalism.

Buffalo masks of this type come from eastern Shaba. Relatively few specimens are known, especially so well carved. This remarkable African art object evokes power and strength; it went out in the 1970s for dances where the performer wore a thick garment of supple raffia.

Until their extinction by rifle hunting, large herds of big game were found in the grassy plains and mountain swamps inhabited by the Tabwa. Why was this particular animal represented among the rich local fauna? The buffalo is considered by the Batabwa as the ambiguous animal par excellence. Females are reddish in color while males are black. This symbolic opposition of colors refers to abrupt change and secret knowledge.

Nocturnal animals, buffaloes hide in thickets during the day, submerging themselves in muddy ponds. This ability to make oneself invisible strongly inspired the Tabwa. Rather peaceful by nature, buffaloes can also be extremely violent when injured or angry. They are also renowned for their savage intelligence.

With great symbolic depth and culturally charged, the buffalo mask represents the moral, social and political ambivalence experienced by all individuals. 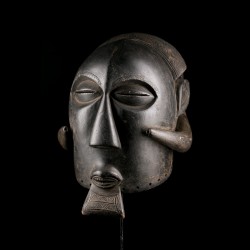 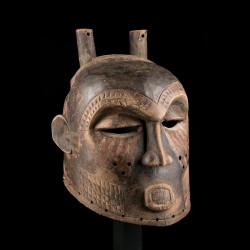 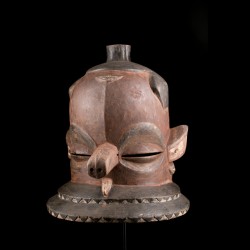