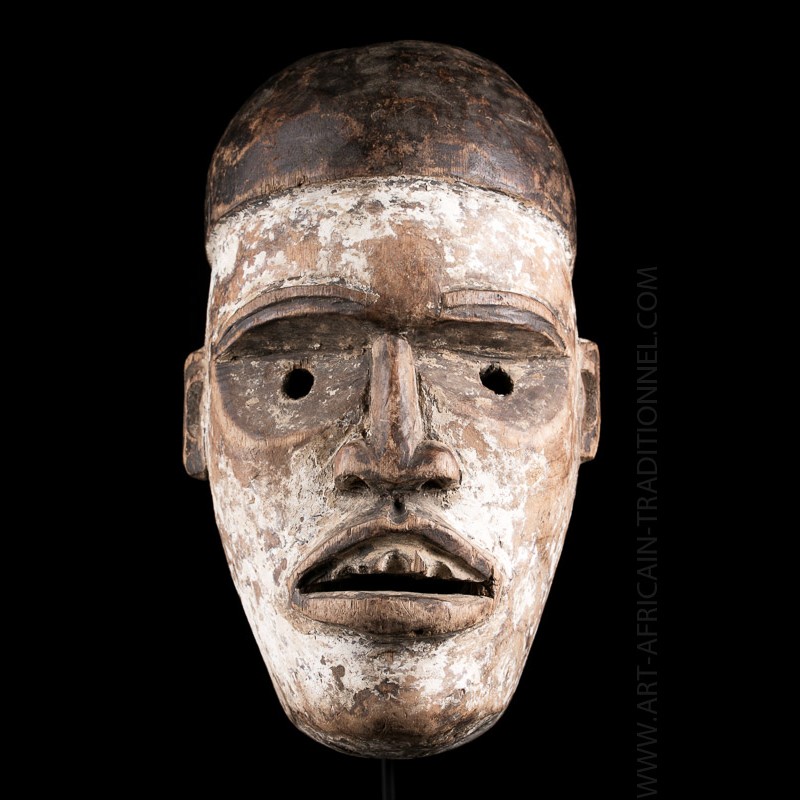 In the western parts of the country, the nganga (ritual priest) holding a nkisi sometimes wore a tribal mask.
Nganga and nkisi were similar in the sense that they were both mediators, carrying the same powers. This African mask was called Ngobudi which means something appalling, initially referring to a feeling of oppression in the pit of the stomach. In this face we recognize the features also present on the Nkisi type statues used by the priest.Very beautiful object of collection of African tribal art proposed by our gallery. 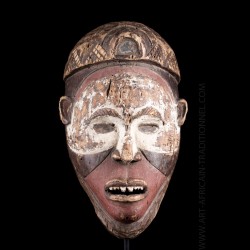 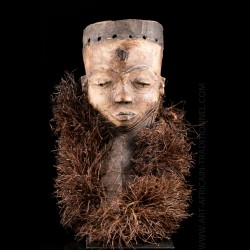 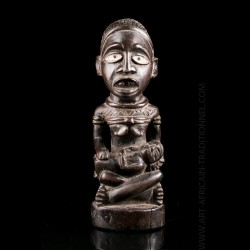 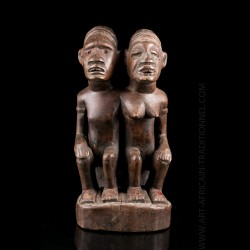