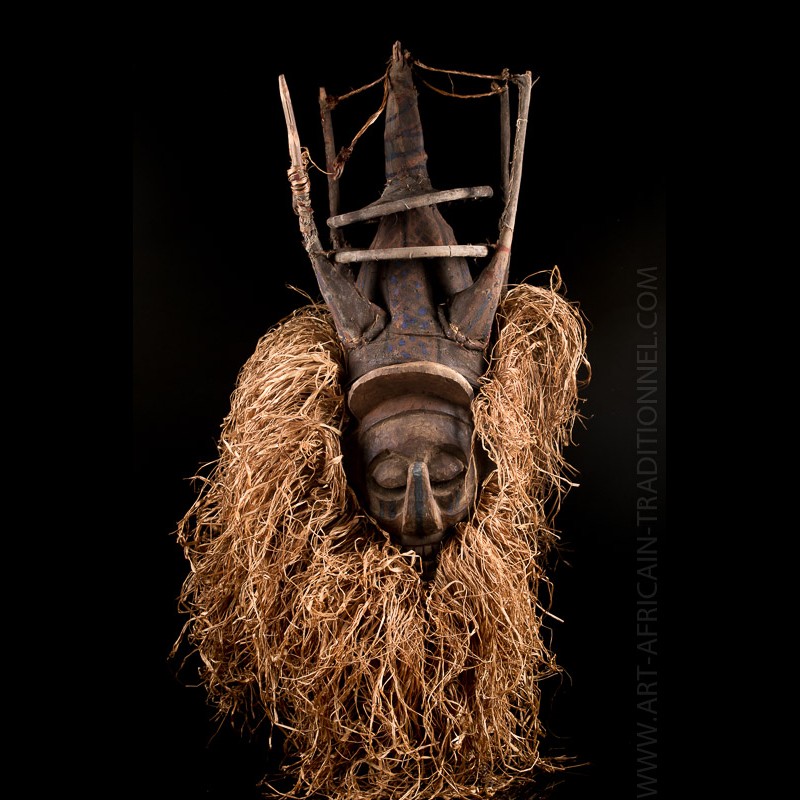 In the traditional art of the Democratic Republic of Congo, there is an initiation mask called Ndeemba among the Yaka. This African mask often appears in a differentiated couple. It is most often danced by a young person occupying a privileged statue. The long antennas surmounting this Yaka mask, as well as the central tip, are a symbol of genetic power. This Yaka Ndeemba mask is not lacking for its congeners thanks to its upturned nose, its expressive air and its preserved polychromy.