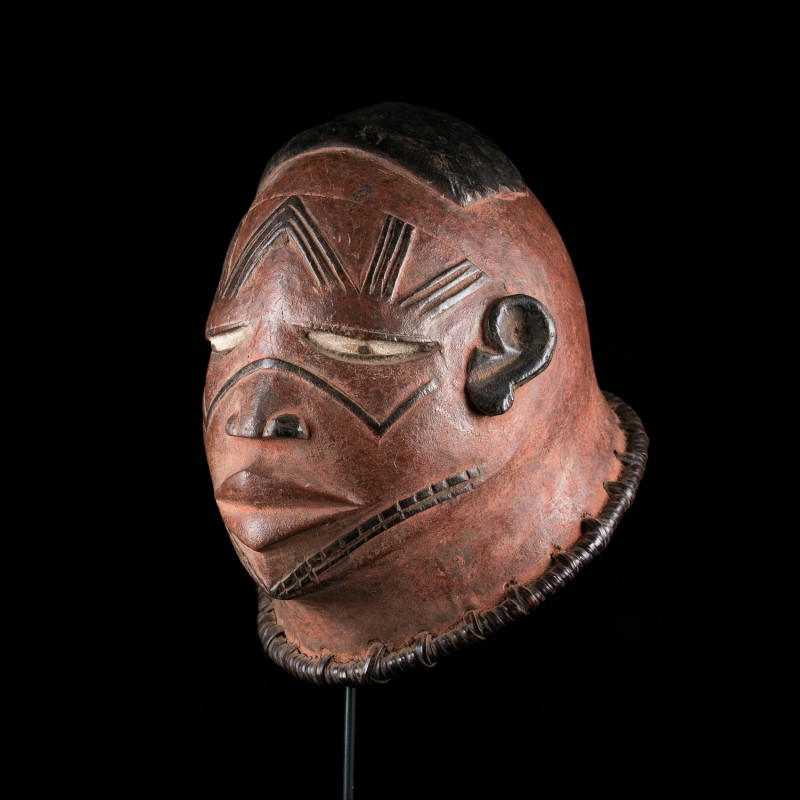 The Makonde of Mozambic used masks in young men's initiation camps as a way of perpetuating the memory of ancestors among these adolescents and in the community in general. They were worn by the men who directed the initiation and whose identity was carefully hidden from women and young boys. It was only revealed to the adolescents at the end of their initiation, after they had undergone various ordeals. In more recent times, the return of the young people to the community after the completion of these rites has been marked by collective festivities in which masked dances play prominent role. These sometimes give rise to social critics and allow the mask wearers to depict rich and arrogant merchant with heightend realism that verges on caricature.This head, perched on a short powerful neck, expresses strenght. The wearer of this helmet mask could see through the slit of the mouth to direct his movements. The lines reproducing scarifications are a characteristic feature of Makonde masks. They can be traced with wax, as here, or simply drawn in black. The features of the face are realistically reproduced, the nose carefully modeled, the skull covered with thick hair. Almost wholly concealed by the heavy eyelids, the pupils seem to allude to the afterlife. The thickness of the lips, especially the lower one, indicates the use labrets (ornaments worn in a perforation of the lip). For men, the labrets were wooden and, with time, deformed the mouth.SpecsOriginEx private collection BelgiumSize24 x 19 cmDatingCirca 1970Material(s)Wood 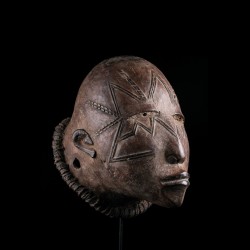 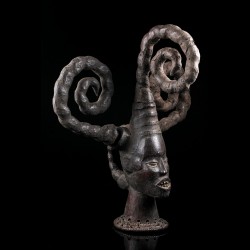