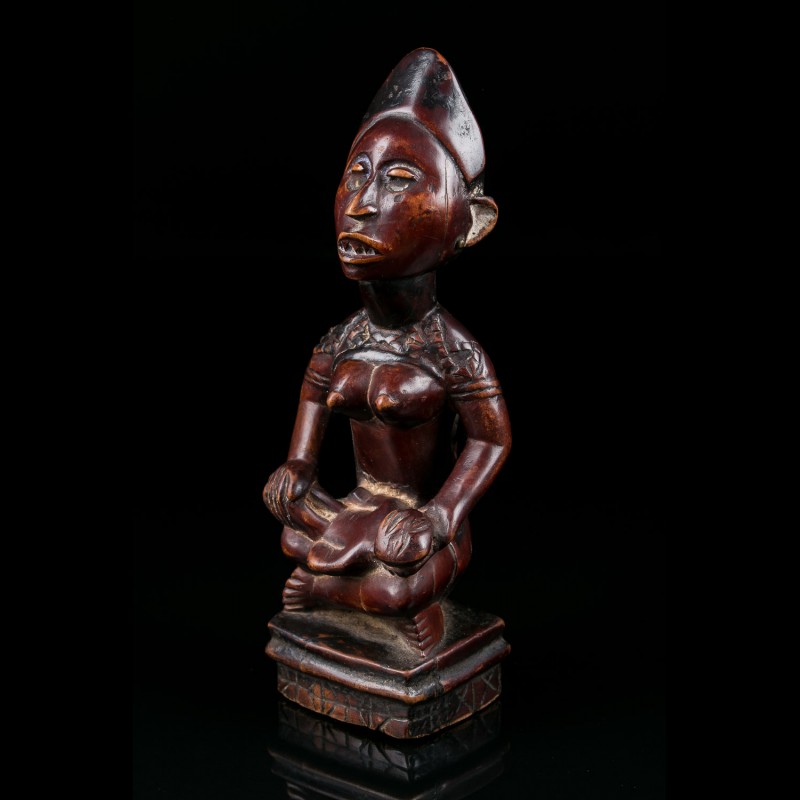 Commonly viewed as maternity figures, phemba (also called pfemba meaning 'the one who gives children in-potentia) are used to symbolise the fertility, growth, wealth, spiritual power and creativity of the entire Yombe community (male and female alike); it is a symbol of the future growth of the Yombe through the continued fertility of the whole community. Phemba figures are also more recently used in women’s fertility cults to honour maternal spirits.Amongst the Yombe, red is believed to be tied to birth and death. During ritual use of a phemba figure, and as a sign of mediation, the diviner rubs the surfaces of the figure with a mixture of palm oil and camwood powder, leaving a red residue on the figure.SpecsOriginEx private collection BelgiumSize23 x 8 cmDatingCirca 1960Material(s)Wood 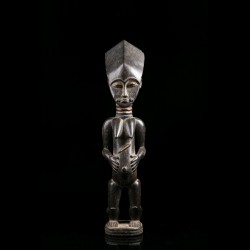 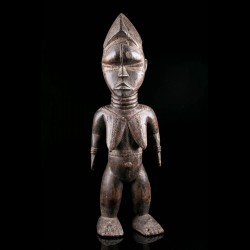 Lu Me figure Dan - SOLD OUT 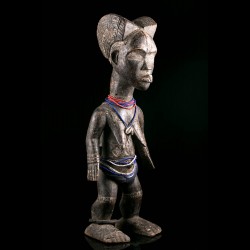