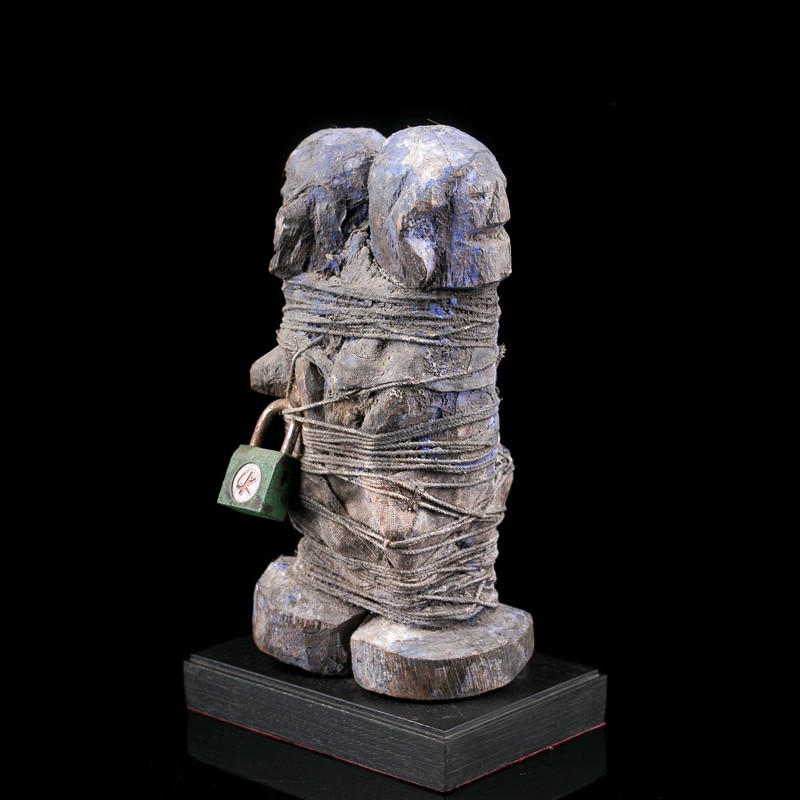 A pair of wooden figures, one male, the other female, bound together. The facial features of each figure is fairly schematic showing a straight line for the brow, small, pellet shaped eyes, small nose and large open mouth displaying a row of teeth. Each figure has large, pendulous ears. The female figure has prominent breasts and bot stand on a small, round base. The figures are bound to each other with strips of leather and twine, and there is a padlock to one side secured through the twine. The whole surface of both figures has accretions from the application of ritual substances.

The Fon people live in the kingdom of Dahomey which is part of the Republic of Benin. The Fon practice an animistic religion known as Vodun, that is concerned with the appeasement of spirits; the word Vodun means spirit in the Fon language. Figures, such as this, are known as Bocio, and are made by specialist blacksmiths under the guidance of a ritual specialist known as a Fa. The figures are believed to trap harmful forces and part of the ceremonies associated with them is the application of certain substances made of blood, palm oil, beer and animal parts. The padlock effectively secures the intention of the Fa diviner.