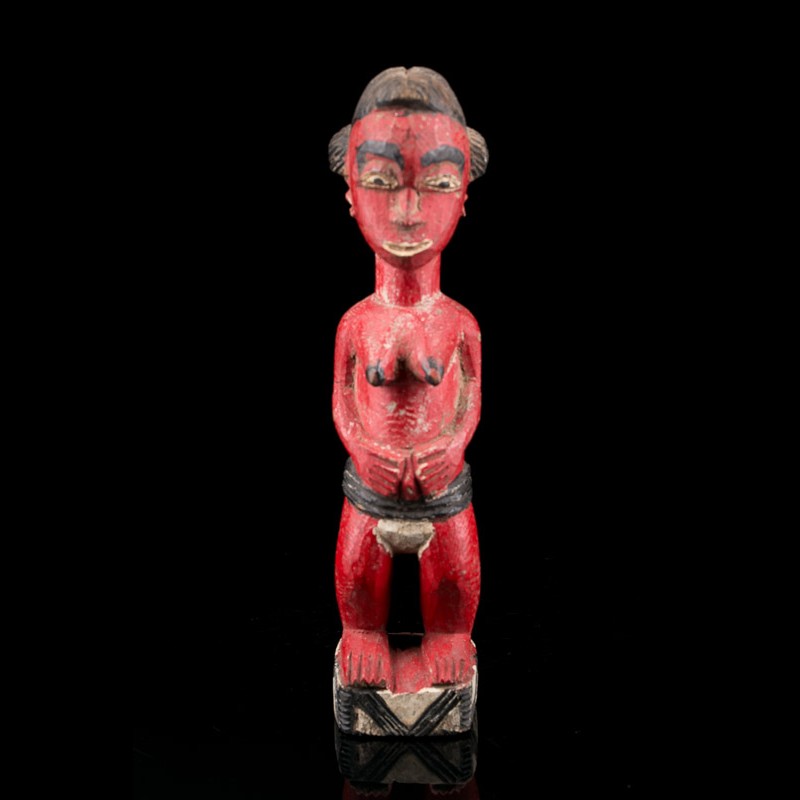 A wooden figure of a naked female, the hair arranged into a cap with bunches to the side. The face has thick arching eyebrows and languid eyes with heavy lids. The straight, flat nose ends in flaring nostrils and the mouth is slightly open and smiling. The body is quite stocky with pointed breasts. The arms hang to the side and are bent at the elbows, with the hands resting on the stomach. Around the waist is a belt. The figure stands on a square base with zig-zag pattern.The surface of the figure is painted in red pigment with features painted in white and black pigment.

These statues are distinct from the more well known Colonial figures, known as Colons, in that the Colon pieces are created to poke fun at Western society. The Gouro figures represent spirits that are invoked to help mankind. The Baule believe in a spirit world that sits parallel to that of the world we live in and is inhabited by the spirits of those who have not yet been born, the deceased and spirits that exist to help. It is probably the latter that this statue belongs to. Before their Westernisation and the abandoning of traditional beliefs, statues such as this, were kept in special shrines within the home so that they could be appealed to for a range of problems in daily life. 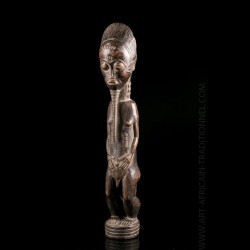 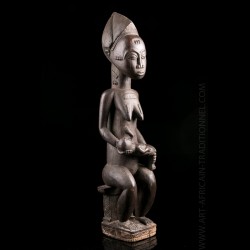 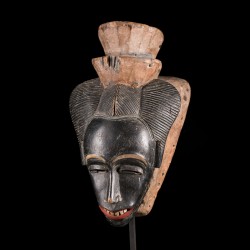 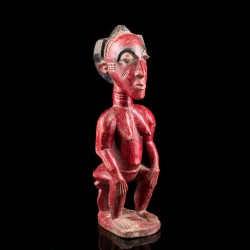