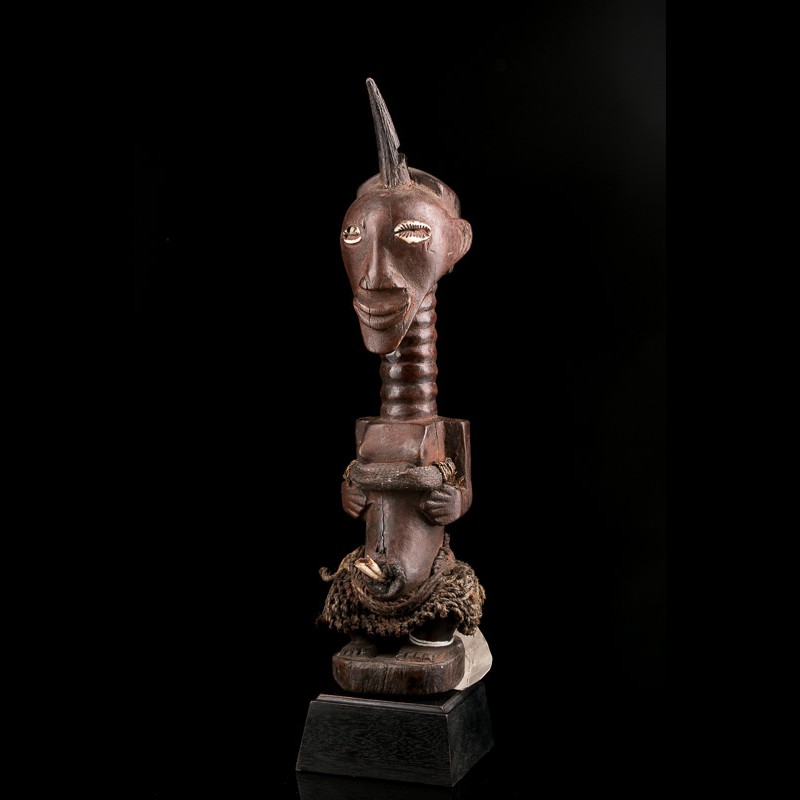 African fetish with a ringed neck, probably from the Lubefu and Lomami region. The neck is very long, the cap hairstyle is thrown back, the eyes are represented by cowries.

Conjugation of both ritual and worship, these statues called mankishi (nkishi in the singular) also have a cosmic dimension whose energies are closely linked.
They are the work of the sculptor, the blacksmith and the nganga. The latter, a ritual specialist, has beneficial and protective powers which are far superior to the evil magic of sorcerers, whose secrets they also know, and which allow them, among other things, to thwart the manipulations of mikishi (wandering spirits become evil).

The nganga makes a bwanga, object or amalgam of objects, depending on the objective to be achieved, whether it is protection, healing, procreation ... These are the incorporated charges, called bishimba, and of which only the nganga knows. the secret and the composition, which will allow the achievement of the desired effect.
Nkishi is a special form of bwanga. Statues over 60cm (the largest can reach 130cm) are meant to protect the community, while the smaller ones are mankishi related to personal protection.

In African art, the Songye styles are extremely varied, including the Belande, the Eki, the Kalebwe, the Nsapo-Nsapo and the Milembwe. The most remarkable effigies are made of wood, metal, nails, rivets, shells, feathers, skins, bones… and of course, have their magical charges.

This piece was collected in the Democratic Republic of Congo or Zaire between 1940 and 1952 before joining the J. A. G. collection, Peoria (Illinois, USA). It probably comes originally from the Lubefu / Lomami region. Contact us to learn more about the collection.

Repatriated to Belgium, it was part of a special sale dedicated to this collection made up of many objects from the Congo of superb quality. 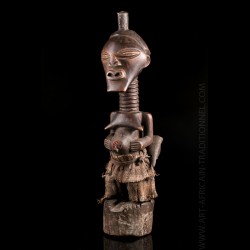 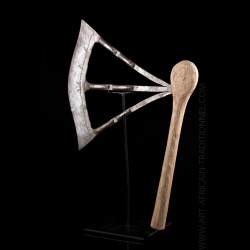 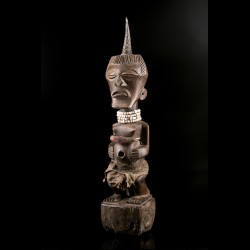