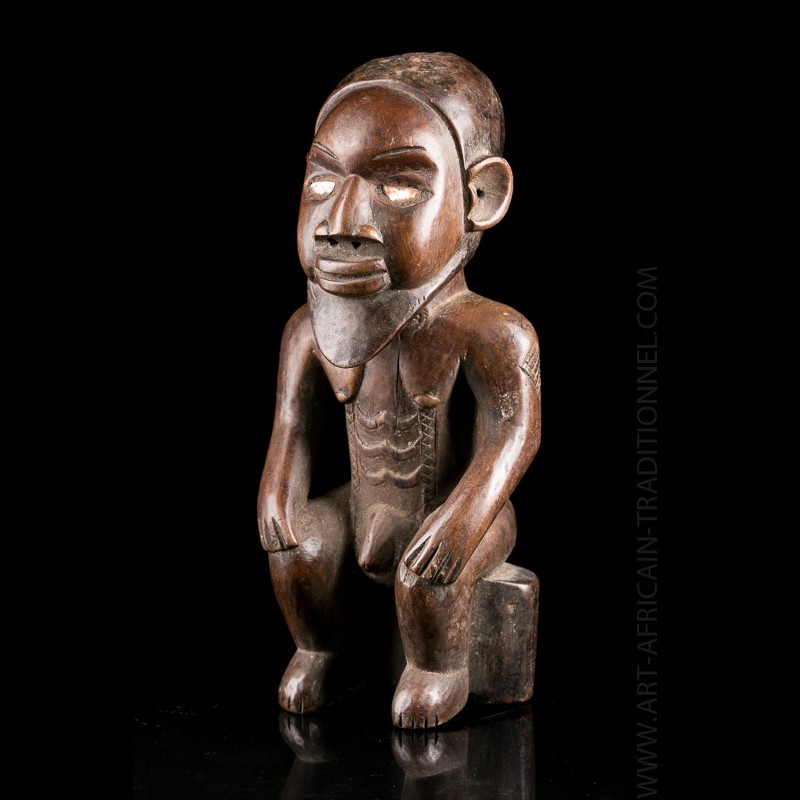 Among the Babembe, of animist religion, the god is represented by no form, has himself refrained from having any configuration. He has no contact with humans. No carved figure represents it. In contrast, the visual arts are part of the beautiful part of the ancestors and some spirits and forces of nature. The latter, if they are not anthropomorphic, sometimes have behaviors in accordance with those of men. In this way, they are solicited and many figurines of human aspect are consecrated.

The sculptural art of Babembé is confined to the anthropomorphic figure, carved in wood, is not used in the making of magic or religious media, but also in the ornamentation of some accessories of everyday life, such as spoons or musical instruments.
Like the majority of the population of the Congolese geographical area, the Babembé have printed on their bodies, specific marks in the form of keloid tattoos, this in the only but, with a small dose of pride, to stand out other populations. These "graphics" are, for the most part, identity-based, ready for creation or during the phases of the social evolution of the individual, male or female, within the group. 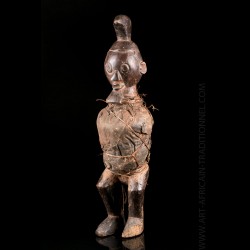 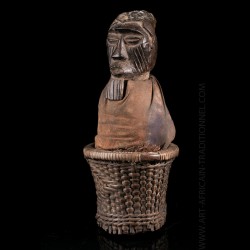