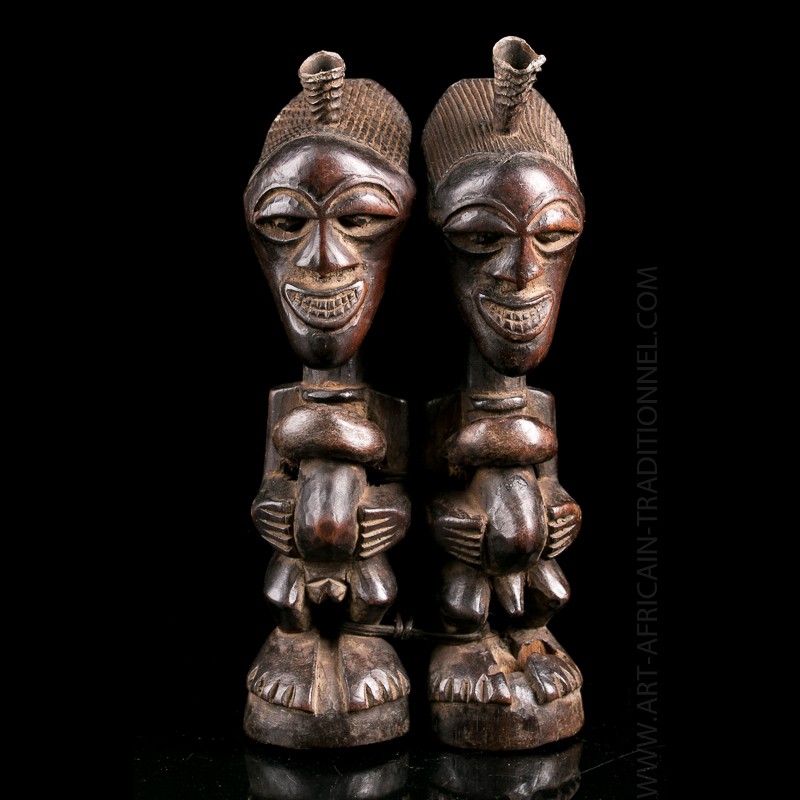 Songye magico-religious statues are famous in African art from Songye country, in the Democratic Republic of Congo. They are available in marked styles varying greatly from one region to another occupied by the ethnic group, each region having its own characteristics. We nevertheless find on these African statues called Nkisi (Nkishi) certain constant constitutive elements useful for their use. Thus, the horns embedded in the skull were filled with magic mixtures called bishimba. Like other accessories such as bags, nails, metal plating, cowries, etc., the magic charge participated in the magic power of the piece, its usefulness being ultimately to protect an individual, a family or a community.
On this quite remarkable piece, there are two similar figurines linked together. Some experts in African art explain this state of affairs by the use intended for a couple but the explanation has not been definitively decided. 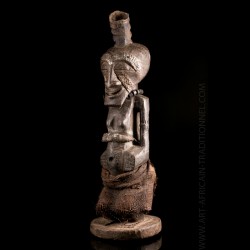 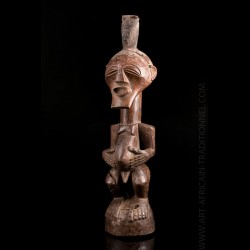 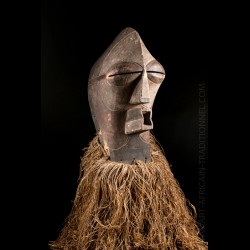