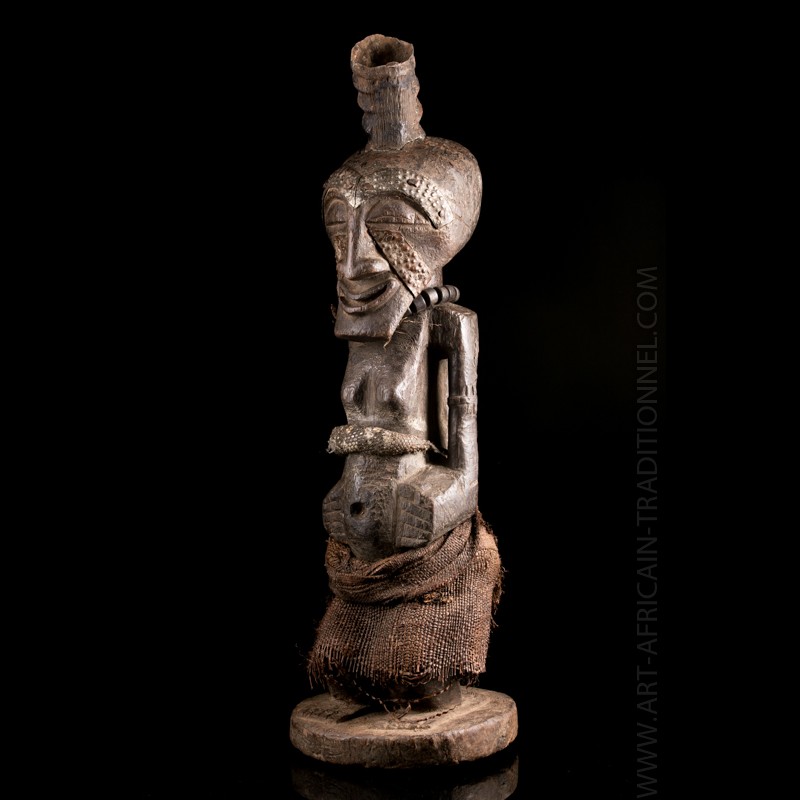 In traditional African art, "Nkisi" or "nkishi" (Minkisi / mankishi / zinkisi) is the general name of an object containing one or more spirits. In general, each community will have a central nkishi, as will individuals within that community. It defends the living and the community against the disease and the evil forces, it must also watch over fertility and even provides success in specific areas such as hunting.

Community nkisi is used to treat common problems such as crop failures, generalized diseases or territorial conflicts, and once a year (the first day of the 1st trimester of the lunar cycle), all minkisi are placed around the community. .

Individuals make requests to ancestors through personal figures of this type.
The power of the minkisi figurines depends on the spiritual ingredients (bishimba), created by the nganga (witch doctor) and placed in or on the statue: the bishimba is generally concealed in the abdominal cavity of the figure, in the upper part of the head , tied around the waist of the figure or in a horn located in the upper part of the head of the figure.
The traditional African Nkisi statues were either passed on from generation to generation, desecrated and then thrown into the bush. Here, the horn is still present but empty, so Nkisi has been desacralized at least partially after use. Note that the character is still endowed with various accessories including a small magic load slung under the chest. 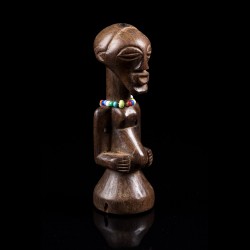 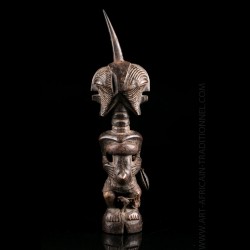 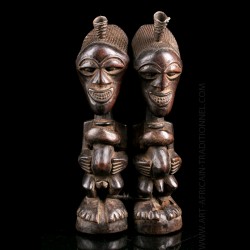