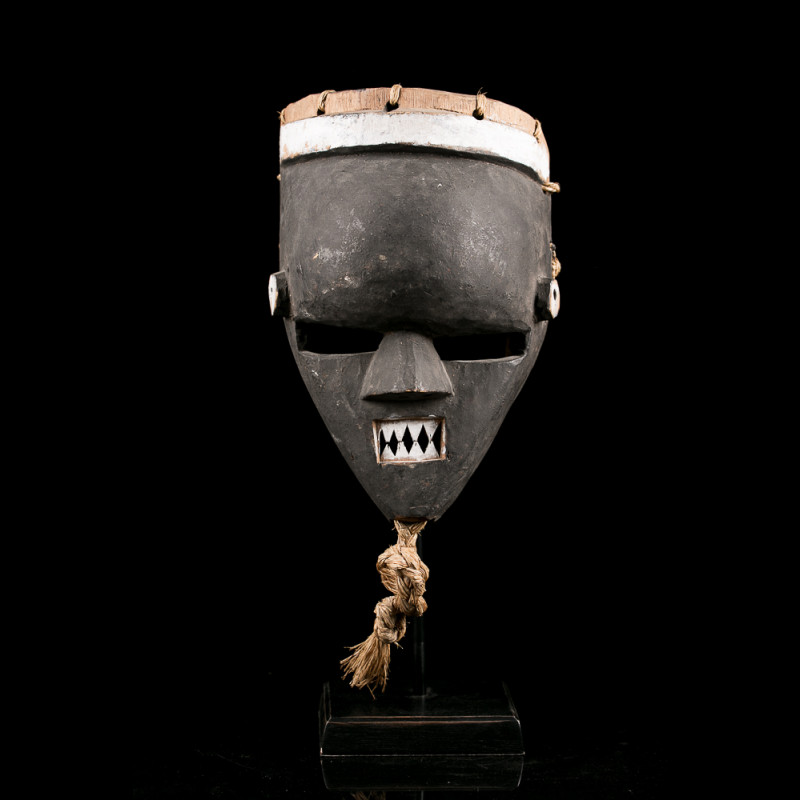 Art and combat in the Salampasu initiation

This African kasangu mask from the Salampasu belongs to the Mugongo warrior society. This brotherhood was responsible for the protection of the Salampasu communities.

Renowned for their warlike character, these members protected against invasion by rival clans or other outside forces.

In order to join the Mugongo brotherhood, the boys had to be circumcised and go through trials within different initiatory sub-societies.

Each initiation sub-society had an associated type of mask that the boys have access to after completing the initiation level and paying an initiation fee.

Associated with the Ibuku initiation level, kasangu masks were only accessible to warriors who killed and beheaded an enemy in battle.

This traditional Salampasu mask dates from the first part of the 20th century. It is supplied with its personalized support. 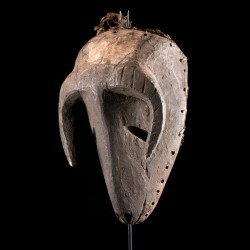 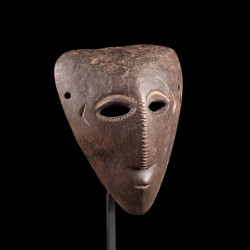 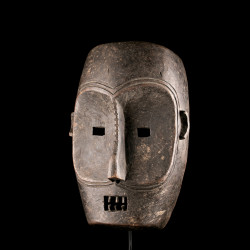