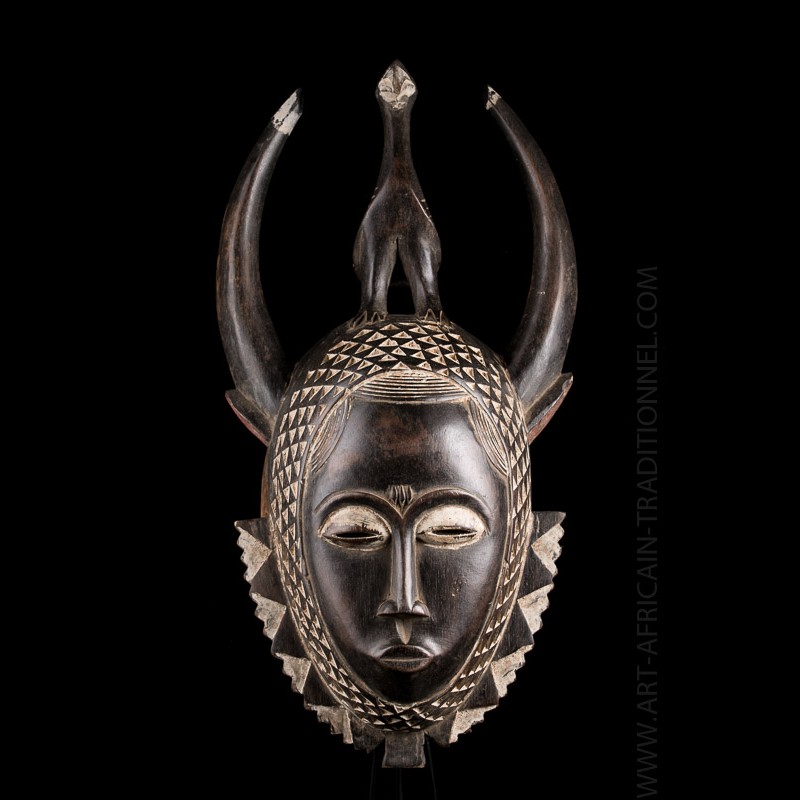 African Gye mask from Yohouré or Yaouré country in Ivory Coast. In African tribal art, they are close to Baoule. They stand out nevertheless by the sculpture of the cap in three distinct lobes as seen here. The features are fine and balanced. The aesthetics of this region has always appealed to Westerners.

On the perimeter of the mask, we observe an extruded beard whose geometric patterns support the contrast. At the top, there are two large arched horns of the most beautiful effect, surrounding a representation of bird, totemic animal in the art Yohouré, as on the masks Lomane. These elements from the animal world should be interpreted as follows: the bird embodies the supremacy of the social order over the occult powers, the attempt to seize the bush where the gods reside. Vivid, unpredictable, symbol of the wild world, the antelope, emblematized by its ringed horns, is thus opposed to the tranquility of the domestic universe that suggests the face. 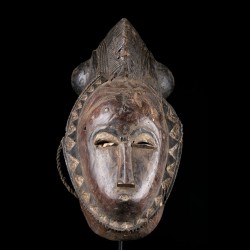 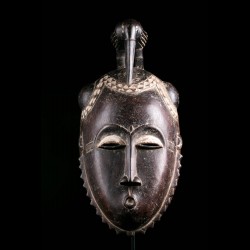 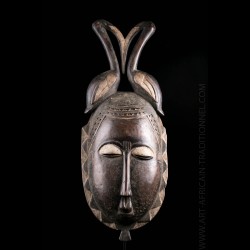 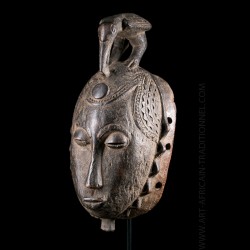