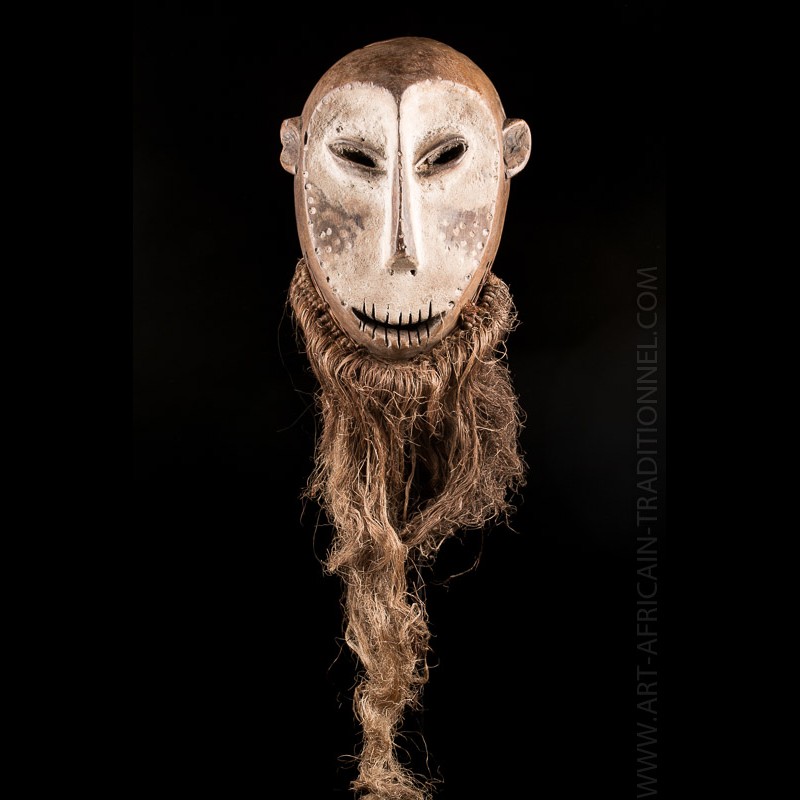 Lega African art is made up of a large number of masks divided into several categories but all are linked to the initiatory society Bwami which governed the moral and social orders within the ethnic group. The Lega are located in eastern Congolese, in a forest region to the west and but composed of more savannas in the east.
This African mask is part of the Muminia. It is a large mask compared to other Lega masks such as Lukwakongo, Idimu, Kayamba and Lukungu.
It has a toothed mouth, almond eyes and a thick patina of kaolin. The Muminia mask is less common than the other types of Lega masks, in fact, each village had a single copy.
The Muminia had to participate in each initiation of the different grades of Bwami so that the ceremonies could take place.
It is also the only traditional Lega mask to be used during the first initiation of bwami, and it is both positive and negative. He represents in fact both a member of the Bwami of high rank, powerful, but also a troublemaker. 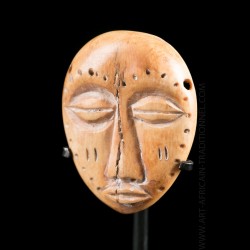 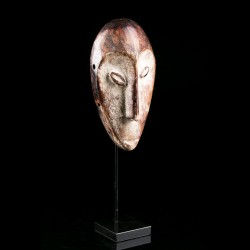