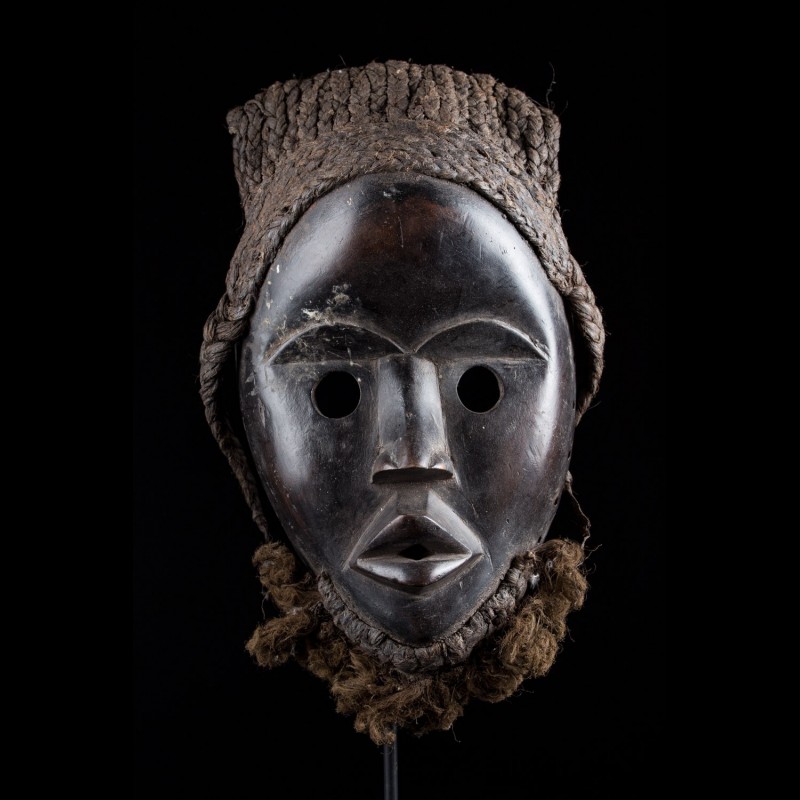 The Dan believe that ‘in’ and behind’ this world exists an essential force called dü which is usually described as a power that is present in all aspects of the world. Dü manifests itself as invisible spirits which may take the form of men or animals. There are some düspirits which in order to realise a physical nature, must rely on men to create a tangible form for them as masks or fetishes. The dü causes a man to dream of it and then instructs him in the means through which it must be materialised. One type of dü spirit prefers to be manifested as a masquerade - these are the mask spirits.All spirit masks are described as ge by the northern Dan and as gle or glö by the southern & western Dan (meaning ‘mysterious being’). These masquerade spirits wish to help men and to advise them, revealing their desire through dreams. The masquerade does not merely represent a spirit, it IS that spirit.Every spirit masquerade has a proper name (e.g. wuti = black antelope / slü = falcon / gao = diana monkey). In addition they often have another title / a praise name or one which explains the function or significance of the masquerade. Predominantly found in the northern Dan region, the gunyege mask (also called gunyeya, gunyega, biyega) is translated to mean the ‘racing masquerade’. Such masks were historically used to train young men to fight before a war. These days its used during a chasing game. As the game goes, the masquerade is chased by an unmasked runner. "If caught, the unmasked runner wears the mask and is in turn pursed". 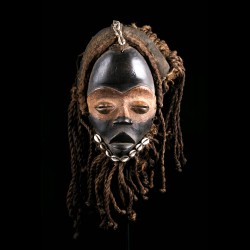 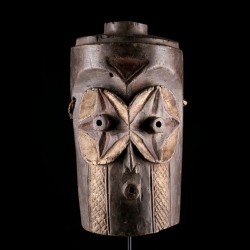 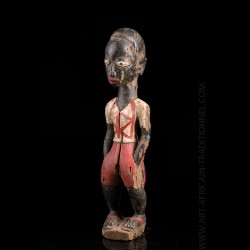 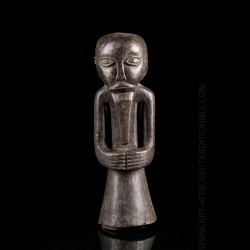 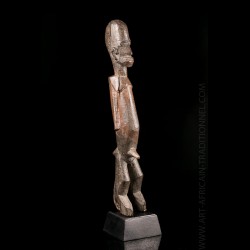