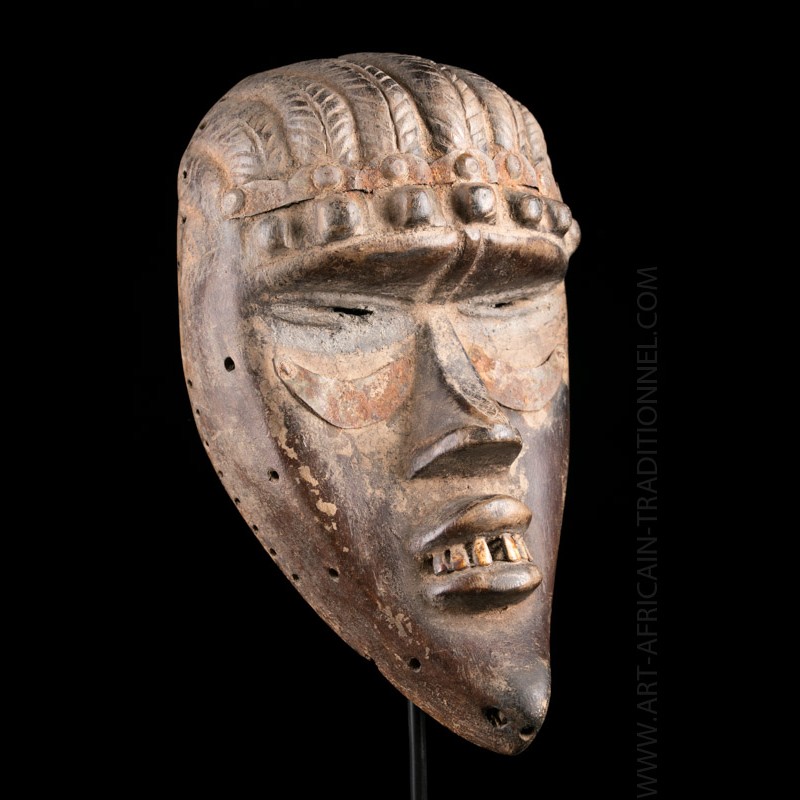 This African mask from the south-west of the do (dan) region of Liberia has characteristic features of the region's corpus of art. The triangular facies with the prognathic chin is overhung by a finely chiseled forehead on which there are braids and small growths. Note also the midline from the forehead to extend on the bridge of the nose. The small protuberant mouth is adorned with teeth. A metallic veneer adorns the facies and its oxidation is the most beautiful effect. Once is not customary in African art, this mask could be attributed to a specific sculptor, Son, whose work presents a great stylistic unity. Son created for the villagers masks of various types that were used in the middle of the twentieth century in the villages of his native region, as for the tribal chiefs of the Dan who sought to acquire prestigious objects, statuettes, games, which they then offered to their guests.

Although this mask is intended for the entertainment festivities of the No Men's Association, it highlights the desirable traits that women can imitate by its graceful and smooth dance style. It was not worn in front of the dancer's face but was attached to a frame similar to a basket concealed by the suit and completely covering the dancer's head. The porter looked from under the mask through the openings of the costume. Most examples have a tinted black surface that differs from the natural aged wood of this piece. 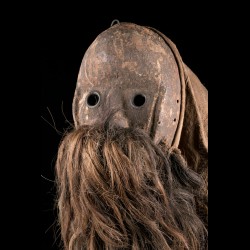 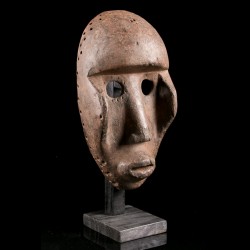 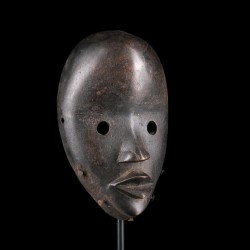