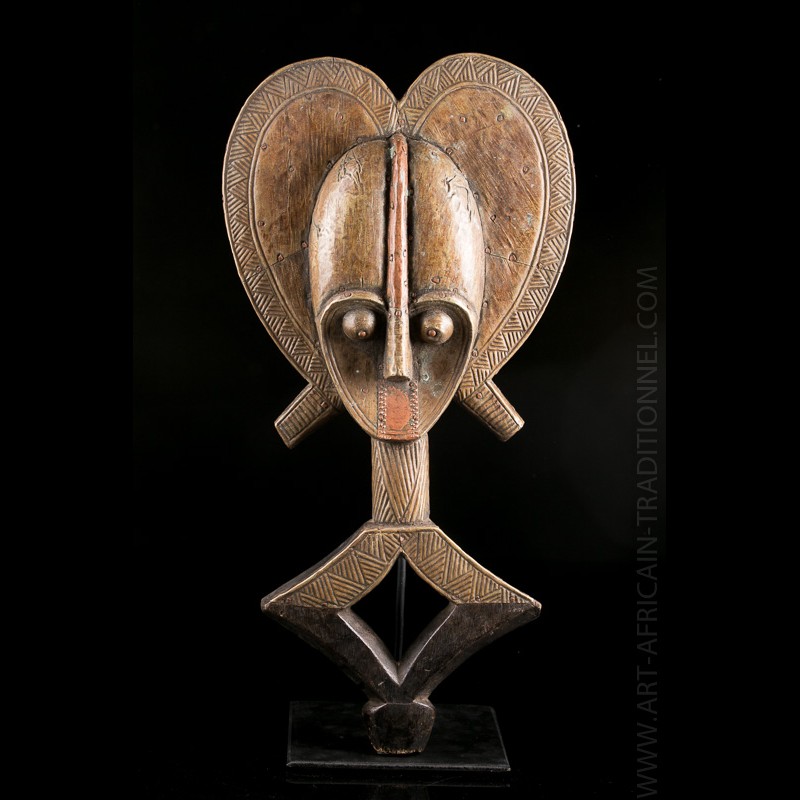 In African art, the Kota (Bakota) left the bodies of their dead exposed to the elements in the forest.
They began to bury their chiefs, then to exhume their bones to put them in bark boxes or baskets called bwété, on which a statue was placed.
Such statues called "reliquary keeper" Kota were entrusted to clan chiefs who kept them hidden, sometimes using the power of the relics for the benefit of the clan.

When serious crises affected the village (a village regrouping several clans), the chiefs gathered their reliquaries in order to perform rites. This cult was known as bwiti by the Mahongwé and their neighbors, for whom the guards were the "faces" of bwété.
Beautiful golden look and double headdress. 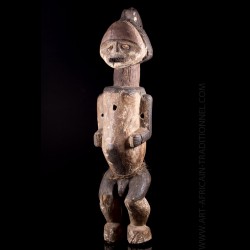 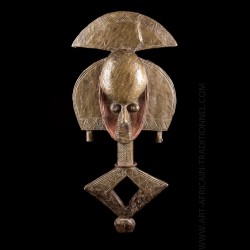 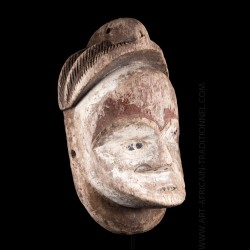 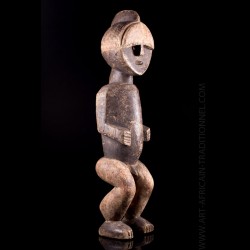