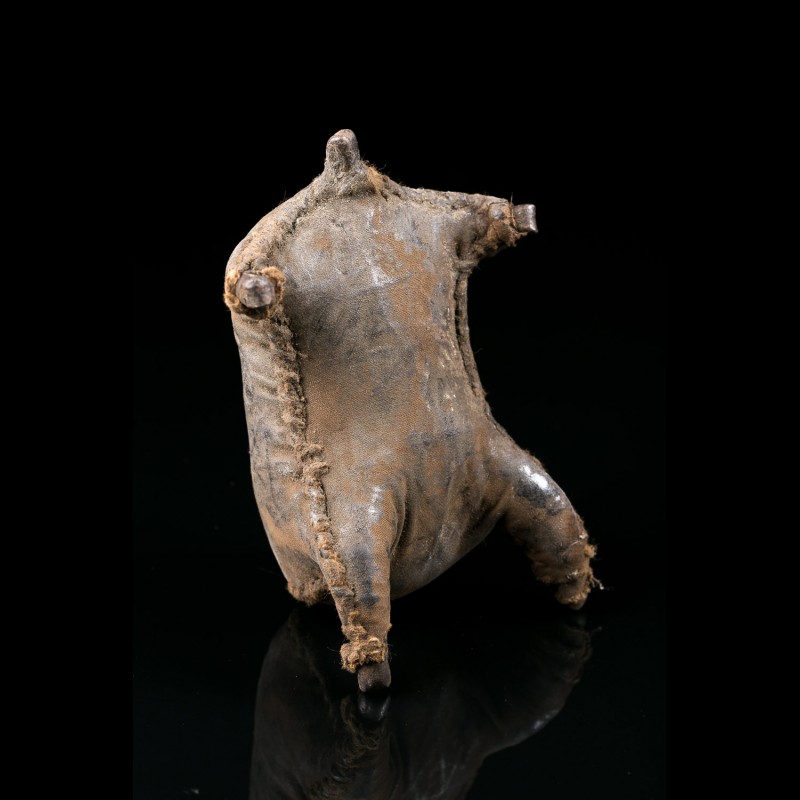 Small protective fetish, linked to an individual or a house.Their realization will differ according to the statement need to fetish, and as individuals to whom this protection will apply. It is therefore very similar but different implementations.It is likely that this type of fetish is related to one of the many cults around the spider.According to the book Maquet & Balandier, two spider species  play an important role respectively in folklore and divination:  the big "toilière spider" spotted and soil-dwelling tarantula.First,  we meet often hanged after his wire in forest gaps, is said to have played the Great Beginnings, the role of messenger and simultaneously jester gods: it is the Anansi  Ashanti ( Aunt Nancy became the negro American folklore southern usa), the  Nden Bobo  the Ewondo, the  Bibi-Buibui  East African. It is related to solar and celestial myths and, as expected, with the invention of spinning and weaving. It is generally considered lucky. The legends represent it as not hesitating to betray his divine master a service to humans who have won sympathy.The second, the tarantula,  related to the cult of the Earth, has a more ominous character, its bite is very dangerous. In  Cameroon Basaa , is consulted before depositing its burrow 64 pieces of leaves of species and different forms, the nature of upcoming events being deducted from the amendments made during the night at the disposal of these sheets. In other tribes of the Gulf of Guinea, is used similarly straws, small seeds and a sandy carpet. In  Bamun is a royal animal, frequently depicted in art, particularly in the form of lost wax reminiscent of Benin.The spider and its web are frequently used in the pharmacopoeia.SpecsOriginEx private collection BelgiumSize13 x 7 cmDatingCirca 1960Material(s)Iron 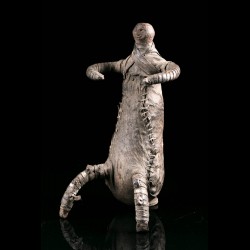 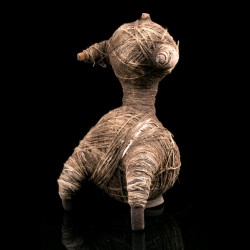 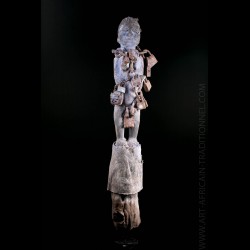