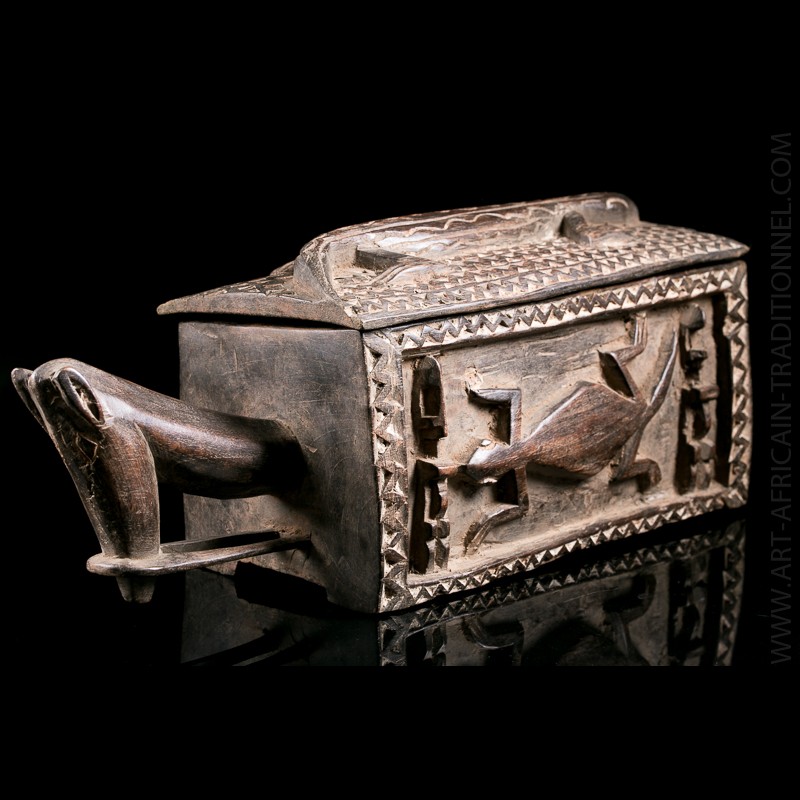 This Dogon box has been kept in the house of a lineage head of a community.

It was used in an annual ritual known as goru to contain the meat of sheep and goats sacrificed on an altar dedicated to Amma the Creator and the ancestors of the family. Played at the time of the winter solstice, the ceremony represents the culmination of rituals celebrating the very important millet harvest, the abundance of which will support the family in the coming year.

In this example, the head of the horse is equipped with a bridle, representing the transformation of Nommo in equine form.

The lizard-like creature that separates the ancestors represents ayo geu, a black crocodile who killed Nommo after completing his task of guiding the ark. 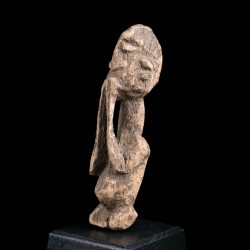 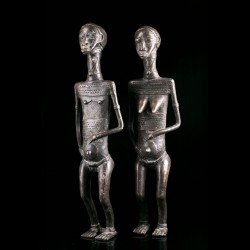 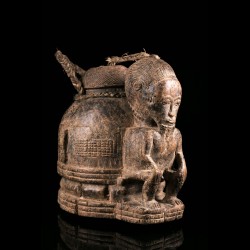 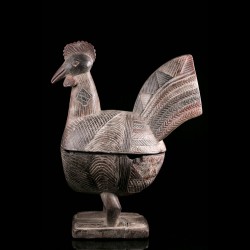