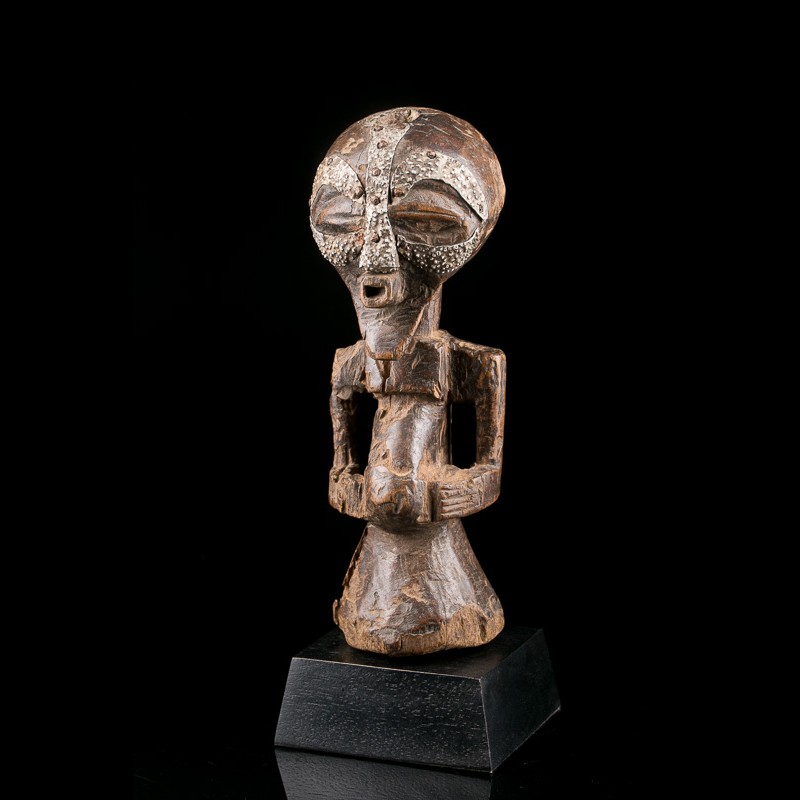 A wooden statue of a male showing a patina to the whole surface and wear from regular use. the head is dome shaped and the face is characterised b the addition of metal plates to certain facial features, such as the eyebrows, nose and cheeks, and which are decorated with metal studs. The face has large lentoid shaped eyes which are half open. The nose is short and flares at the nostrils. The mouth is small and open and below is a short, pointed beard. The body has a swollen stomach and the arms are bent at the elbows with the hands at either side of the stomach. below the stomach is a cone shaped base. Mounted on a custom made stand.

Figures such as these are believed to represent revered ancestors and great leaders who are called upon in times of trouble to help individuals and whole communities. Smaller figures, such as this, are more likely to have been the focus of individual activity. The fine, glossy patina is the result of much handling over the years. The addition of metal plates to the face recalls the Kota reliquary figures, which is done to enhance the beauty of the image and thus empower it further.

Your Offer is sent.

Your Offer is accepted, please check your inbox.