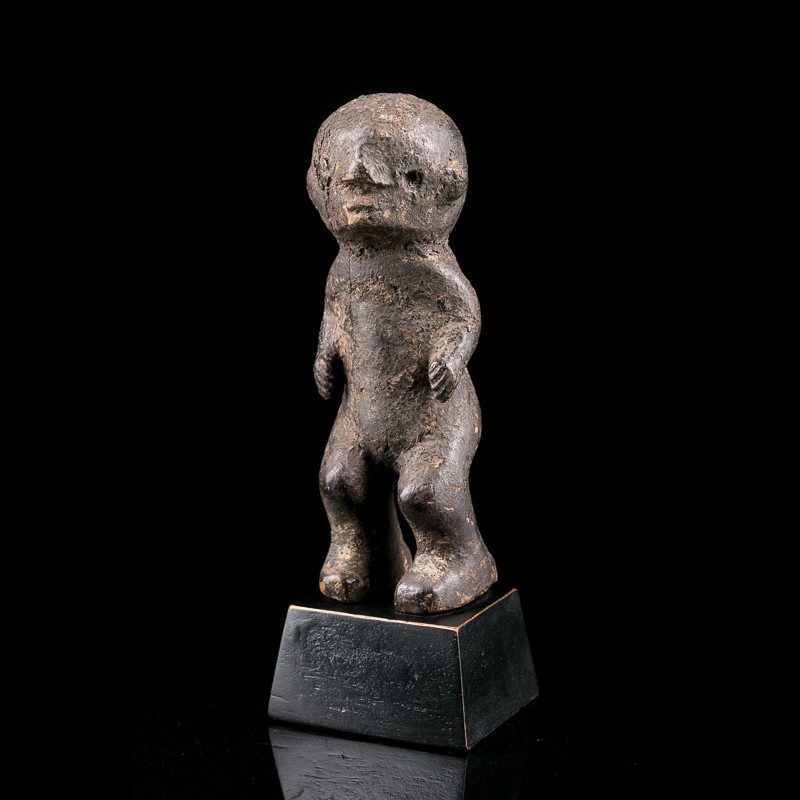 A wooden tribal statuette with heavily encrusted patina. The large, dome shaped head has a small, hook shaped nose, eyes set widely apart and an open mouth. The body is squat with the arms to the side of the body and the hends extend forward to the stomach. The legs are bent at the knees. Mounted on a custom made stand.

In african art, the Ngbaka believe in a supreme deity called Gale or Gbonboso. His message was brought to Earth by two messengers, Seto and Nabo, who are recognized as the primordial ancestors of the Ngbaka people. They are sister and brother who created the Ngbaka through an act of incest. Respect is paid to these ancestors whose carved images are daily placed upon the twabozo (family altar), where they are protected from any misfortune that might befall them. It is believed that they protect the owner and his family from hardship and that they also have the ability to cure many types of illness. Divination, which has the power to reveal the causes of misfortune, is an essential part of Ngbaka society.

Piece described by M. Gaunt, in charge of ethnographic collections at the Buxton Museum, United Kingdom, according to reference SQ7934869. 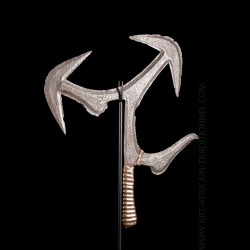 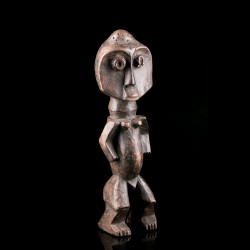 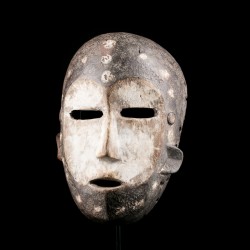 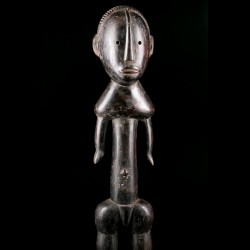