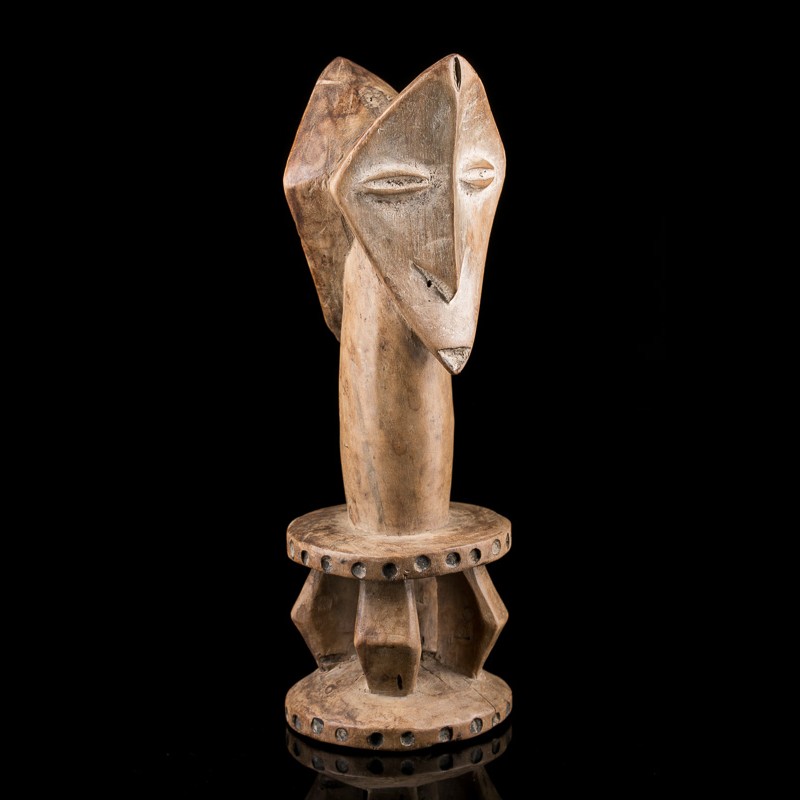 An unusual and rare wood carving of a Sakimatwematwe figure displaying a good patina. The figure has two Janus-type heads which are diamond shaped and slightly dished. The nasal ridge runs from the top of the head to terminate in flared nostrils. The eyes are half closed and lentoid in shape; the mouth is an open inverted triangle to the chin. Both heads share a thick, columnar shaped neck which terminates in a base that is similar to a traditional stool in shape, the seat supported by four angled legs. The edges of the “seat” and domed base are drilled with a series of holes.

These figures are part of the Bwami paraphernalia that are used during the secret society initiations as examples of their power. The name Sakimatwematwe means “many heads'' and refers to the Lega saying “Many-Heads who has seen an elephant on the other side of the river.” This rather enigmatic saying refers to the belief that the Bwami see in many directions and are wise and fair minded. It could also refer to the fact that the Bwami communicate with the ancestors and spirits and thus see into many worlds. 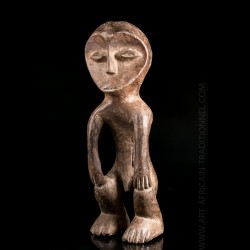